Getting Ready For DC Comics Goodness 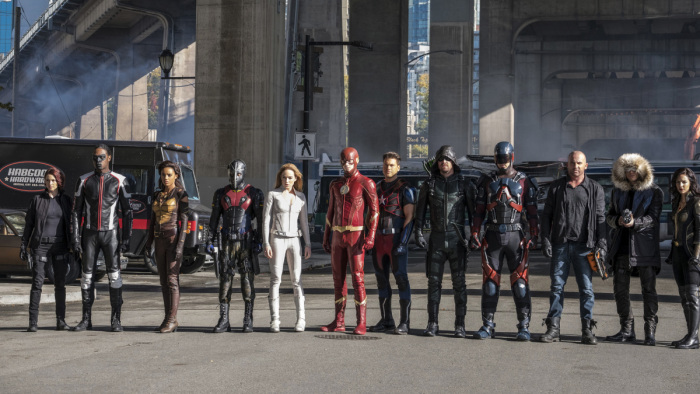 It’s been a big week for DC Comics, and they’ve got some more trailers so we can prepare for the things they have coming soon.

First up, we get a teaser trailer for the 2018-19 season of the DC Comics shows on the CW. The five shows – THE FLASH, ARROW, SUPERGIRL, DC’S LEGENDS OF TOMORROW (the four parts of the ARROWVERSE) and BLACK LIGHTNING – are just about six weeks away from coming back for the new season.

It’s just a quick taste of what we can expect, but I’m already pretty excited. Look for our reviews to resume in the second week of October right along side the new season. And maybe the POWER RANKINGS will make a come back, as well!

Another big announcement from DC Comics this week was the premiere date for its streaming and comics app – DC UNIVERSE. The service is finally going to go live on what DC Comics is celebrating as Batman Day, September 15. I’m still not sure why DC Comics doesn’t celebrate Superman Day, but I’m not sure I’ll ever get an answer to that question that I’ll find acceptable.

We previously covered the premiere trailer for the TITANS show, but yesterday we got a clip for the third season of YOUNG JUSTICE, which will introduce the OUTSIDERS both to the show and to the main title.

Kevin Smith hosted a two-hour DC Live Stream on Wednesday detailing everything that could be announced about the service, including some of the old TV shows that will be available to watch starting September 15. We’re getting a lot – LOIS & CLARK, the 1970s WONDER WOMAN, the 1960s BATMAN, the early 1990s FLASH and a lot more.

The animated hits are going to be represented, as well, including the Dini/Timm universe with JUSTICE LEAGUE/JUSTICE LEAGUE UNLIMITED. But the most exciting part is a fully HD version of BATMAN: THE ANIMATED SERIES. But if you don’t want that amazing cartoon available just digitally, we’re getting a complete series Blu-Ray release coming soon as well.

Coming in October, the set will also include BATMAN: MASK OF THE PHANTASM and BATMAN & MR. FREEZE: SUB-ZERO.

It’s a pretty good time to be a fan of the DC Universe.