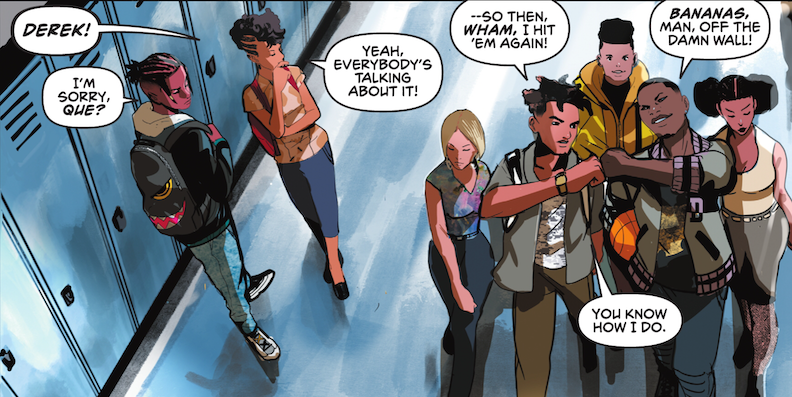 As we finish up the month of July, there’s still so much to enjoy! After 2020 felt like it took forever to get through, 2021 is just zooming by.

July goes out with a bang, though, with a lot of comics for me to read. Once again, I’m still wading through last week’s books, but I’m very much looking forward to a lot of what’s out this week.

DC Comics’ return to the MILESTONE universe and the city of Dakota continues this week. Not only do we get the second issue of STATIC: SEASON ONE, but the inaugural issue of Icon & Rocket as well. Both of these books are available for free if you’re a member of DC Universe Infinite, but you can buy them, as well.

The INFINITE FRONTIER‘s promise of bringing about DC Comics’ aborted FUTURE STATE plans without actually announcing that Future State was taking over continues this week, as Jonathan Kent takes the forefront. The first issue of the new Superman: Son of Kal-El premieres, taking over the slot usually reserved for the self-titled Superman book. I’m still not sure how I feel about all of this, but like I usually say, give it a couple of years and everything will go back to the way it used to be.

Image Comics
The Department of Truth 11

It’s another big week for non-comics stuff, too. We’ll have a new recap/review of the latest episode of LEGENDS OF TOMORROW along with a look at Kevin Smith’s MASTERS OF THE UNIVERSE: REVELATION, which was released on Friday.

Yesterday, part 2 of BATMAN: THE LONG HALLOWEEN, DC Comics’ latest animated feature, was released digitally, with a physical home viewing release scheduled for next month. I’m curious if they can save the narrative after a disappointing first half.

On TV this week, the seventh season of THE FLASH debuted on Netflix today, giving me the chance to catch up after I fell behind earlier this summer. Also today, Disney+ debuts Chip & Dale Park Life. And tomorrow, the third part of the Transformers: War For Cybertron trilogy also debuts on Netflix. The streaming service is having a very nerdy July and I am here for it.

And finally, check back this weekend to see what Joe selected as his SONG OF THE WEEK!