A Light Geek Week As We Head Into July 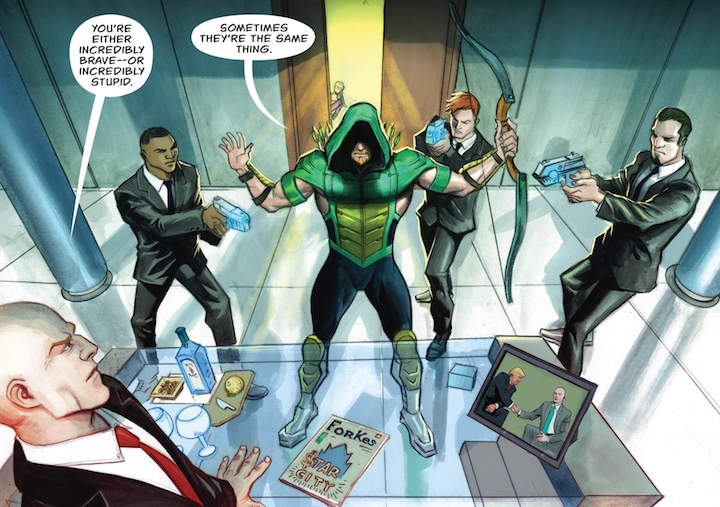 The dreaded “Fifth Week” rears its ugly head again, which means my wallet breaths a sigh of relief this New Comic Book Day.

The highlight of this ridiculously light week is the celebration of 8 decades of Green Arrow, with a 100-Page Super Spectacular special issue. An all-star squadron of talent worked on the issue, including writers like Mike Grell, Jeff Lemire, Stephanie Phillips, Benjamin Percy and Mariko Tamaki, providing stories that run the gamut of Green Arrow’s comic book history. As an avowed Oliver Queen mark, I’m pretty excited for this.

Image Comics
The Department of Truth 10

Outside of comic books this week, the upcoming 4th of July holiday will afford us the opportunity to go back and revisit INDEPENDENCE DAY, one of my favorite 1990s big budget summer blockbusters. We’ll also have recaps of the latest episodes of LEGENDS OF TOMORROW and LOKI (from ProjectBlue) and I plan on taking a look at the second season of Batwoman, which just wrapped this past weekend. And, of course, Joe will be back with his latest SONG OF THE WEEK selection.

What are you looking forward to this week? Give it a shout out in the comments!