The Buffyverse Saga Continues in This Week’s Comics 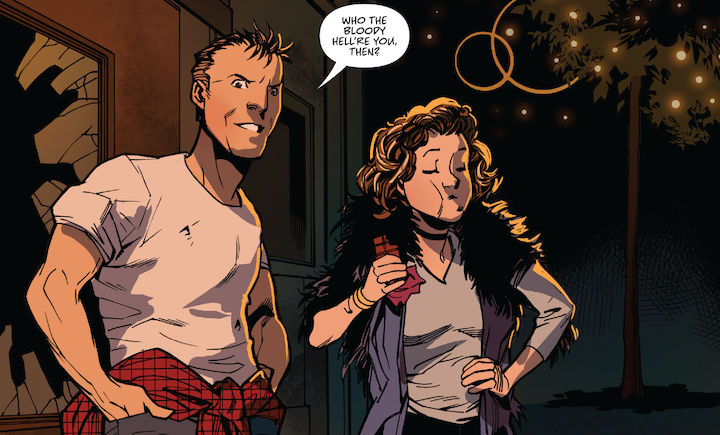 As we turn the calendar over to a new month, we get new chapters of great stories. It’s the first new comic book day of June!

As a huge fan of the BUFFY THE VAMPIRE SLAYER TV series, the latest story arc of the modern REVAMP of the property is right up my alley. The new-look Scooby gang have gone through a portal to the 1990s – roughly season 3 of the TV show – and we’re building up to the two different versions of Buffy’s crew coming together. I’m enjoying the story as it plays out month-to-month (and they’ve been building to this for a while), but this is another situation where I think it will read better in a collected edition.

Over on the DC Comics side of things, we have the latest issue of Tom King’s BATMAN/CATWOMAN series which will no doubt confuse and annoy me as it flips between three different timelines. On the less frustrating side, I’ve been loving the JUSTICE LEAGUE run from Brian Bendis and I’m looking forward to reading the latest issue.

As always, I’m buying my comics digitally, through Comixology. Most of the week’s new books are listed over at the PreviewsWorld website, though DC Comics’ new releases can be found on their own website. Let’s take a look at what I’ll be reading this week.

Now that I’ve finally gotten my thoughts on GAME OF THRONES down on the site, I’m on the look for a new series to binge (slowly). I may go with Sweet Tooth, the new Netflix series based on the Jeff Lemire comic book from Vertigo which debuts on the streamer on Friday.

I’m also looking forward to watching the latest episode of the CW’s Superman & Lois. After the LAST EPISODE, it’s going to be tough to top, but I’m really loving the series so far. It’s a great representation of my favorite hero. Speaking of the CW, after a week off, LEGENDS OF TOMORROW will be back on Sunday and even that show is coming off a fantastic episode.

And, of course, we’ll have another edition of Joe’s SONG OF THE WEEK.