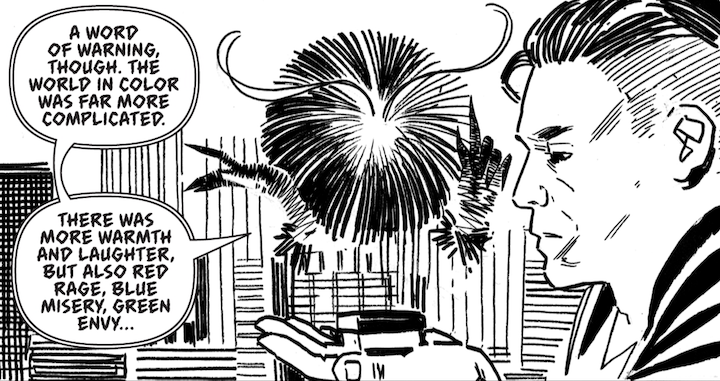 The weather is getting nicer, so I can start taking my comics outside and enjoy them in the sunshine! Or you can stay in and watch some fatalities!

It’s another light week for me, which is good for two reasons: 1 – I’m finishing up a move to a new headquarters for the Geekery, so my time will be limited by unpacking boxes and organizing a lot of random crap. 2 – I still have a few comic books to read from LAST WEEK‘s new comic book day! I blame the need to pack for the move. But, we do have a new look to celebrate the move!

I’m intrigued by the the new digital series, INFINITE FRONTIER Secret Files, as we learn more about the new status quo, starting off with President Superman of Earth-23. Throw in new issues of Nightwing, Justice League and the new Superman anthology, Red & Blue and I think we have some good reads to look forward to.

As always, I’m buying my comics digitally, through Comixology. Most of the week’s new books are listed over at the PreviewsWorld website, though DC Comics’ new releases can be found on their own website. Let’s take a look at what I’ll be reading this week.

Despite the craziness of the move, we’re trying to keep things hopping here at the Geekery. Earlier this week, a new column from Matt_Indeed – WHAT’S STREAMING debuted with a look at last year’s Sonic The Hedgehog movie. The new column joins regular reviews of THE FALCON AND THE WINTER SOLDIER from ProjectBlue and the Geekery’s longest-running column, Joe’s SONG OF THE WEEK, all coming your way later this weekend.

On top of all that, HBO Max debuts the new Mortal Kombat film on Friday, the same day the film hits theaters. In anticipation of the new film, I went back to watch 1995’s MORTAL KOMBAT. Somehow, I doubt the tones of the movie will be the same. If I ever manage to find out in which box I packed my Nintendo Switch, I may play some more Mortal Kombat 11, also.

What are you looking forward to this week? Let us know in the comments!