The Original Mortal Kombat Was a Flawed Victory 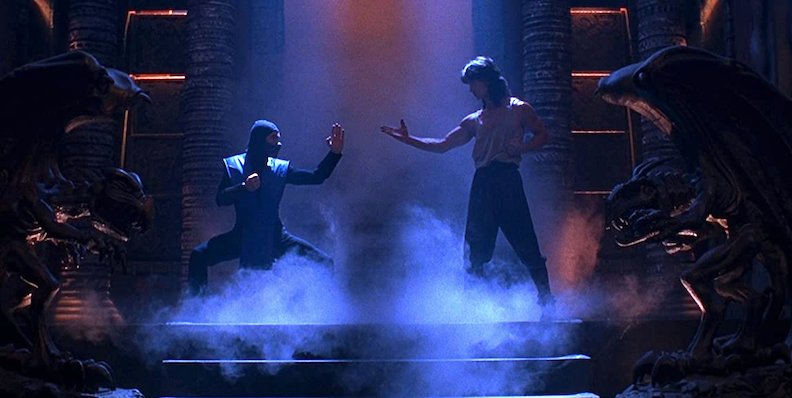 Movies based on video games are not known for being particularly good. Especially in the 1990s, that reputation was well-earned. In the first half of my favorite decade ever, we got the first two attempts at adapting a video game into a feature length film. Buena Vista released Super Mario Bros. starring Bob Hoskins and John Leguizamo in 1993. The following year, Grammercy Pictures gave us Double Dragon, starring Scott Wolf and Alyssa Milano.

It’s legitimately amazing that anyone made a movie based on a video game ever again.

In 1995, though, New Line Cinema, with the aid of director Paul W.S. Anderson, took the 1992 arcade fighting game Mortal Kombat and somewhat turned around the fortunes of game-based films. The movie is never going to be heralded as a cinematic masterpiece, but as a popcorn action flick, it’s actually a lot of fun to watch. With the new Mortal Kombat film set to debut in theaters and on HBO Max on Friday, I went back to revisit the original and had a lot of fun doing so.

Taking aspects of both the original game and it’s sequel, 1995’s Mortal Kombat focuses on the tournament held once every generation between warriors of Earth and the forces of Outworld, a dystopian dimension ruled by a despotic emperor. Thanks to an interdimensional gentlemen’s agreement, Outworld needs to win 10 Mortal Kombat tournaments to earn the right to invade and conquer the Earth realm. As the film picks up, Outworld has nine wins under its belt and Raiden, the god of thunder and protector of the Earth realm, is marshaling his best warriors to combat a 10th and final victory.

Raiden (which, in the movie’s closed captioning is spelled “Rayden”) gathers three Earth fighters to enter the tournament: Liu Kang, a warrior monk looking to avenge his brother’s death at the hands of Outworld sorcerer Shang Tsung; Special Forces officer Sonya Blade, who followed a criminal named Kano to Outworld looking to avenge the death of her partner; and actor Johnny Cage, who entered the tournament because gossip magazines called him a fake martial artist.

One of these motivations is not like the others…

Three of Mortal Kombat’s ninja characters – Sub-Zero, Scorpion and Reptile – are also included in the film, though they’re really only here to be killed by Liu Kang and Johnny Cage. The games mythology surrounding the characters isn’t included in the film and even in 1995, I was a little disappointed that Sub-Zero and Scorpion – my go-to fighters – were little more than jobbers in the tournament, as they were easily disposed of by our heroes.

Liu Kang, Johnny Cage and Sonya Blade need to work together to defeat Shang Tsung’s fighters. The big threat of the film is Goro, the 4-armed prince of Outworld who is the reigning champion of the Mortal Kombat tournament. Raiden must counsel his fighters to find their true power to defeat Shang Tsung. When the sorcerer kidnaps Sonya, Kang and Cage go deep into Outworld to rescue their ally and then go on to divide and conquer. Johnny Cage manages to take out Goro with the help of a swift punch to the groin – a classic video game moment! – while Liu Kang steps up to accept the challenge from Shang Tsung, realizing his true power and ending the threat of the sorcerer’s soul-stealing.

The movie is filled with fun fights that don’t try too hard to evoke the feel of the 2-dimensional video games battles from which it’s based. There are enough callbacks to the game to satisfy fans of the source material, though the fight scenes are certainly adapted to work in a film. Everyone gets in their signature special moves, though the fatalities aren’t prominently on display, likely to maintain the film’s PG-13 rating.

The highlight of the film is the great Christopher Lambert hamming it up as Raiden. Lambert’s Raiden is less a God of Thunder and more a kitschy 90s sitcom character, using classics like, “I don’t think so” or telling his fighters that the fate of billions are in their hands, laughing maniacally and then apologizing. It’s an odd choice for what should probably be a much more solemn character, but Lambert somehow makes it work. It does, though, fit into the overall feel of the film, which is kind of all over the place in tone and quality.

But the film’s uneven script, acting and CGI really doesn’t hurt it. Like I said, it’s not a cinematic masterpiece, but it fulfills the one requirement it needed to fill: It’s fun and it feels like a movie about Mortal Kombat. The 1990s were filled with a lot of over-the-top campy action movies of varying quality, but I don’t know that many of them were as fun to watch multiple times as Mortal Kombat was.