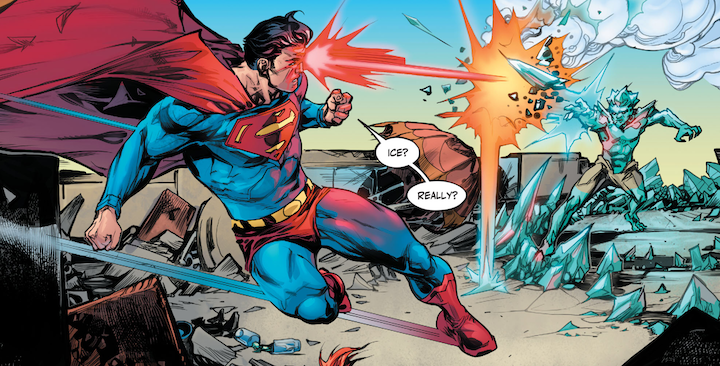 It’s not even officially winter yet, but it already feels endless thanks to the DC Comics crossovers and specials.

Once again, my week of comic books is dominated by tie-ins to the latest DC Comics big event crossover – ENDLESS WINTER. After two tie-ins LAST WEEK, we get three new chapters to the story this week. And two of them are in books I don’t normally read – Aquaman and Teen Titans. So, at least I know for sure I’m a sucker.

The third chapter out this week, in the latest issue of Justice League, takes the book away from building Scott Snyder’s vision of the DC Universe. The book has been mired in being a supplemental comic to whatever big thing is going on for so long, it’s easy to forget this should be DC Comics’ flagship team book. Hopefully we’ll get a return to form post-FUTURE STATE.

There’s also some great Superman content this week! The final issue of Brian Bendis’ run of Superman hits shelves. While I preferred his work on ACTION COMICS, I felt like he was finally starting to get a groove with his latest arc in SUPERMAN, so I’m sad to see it come to an abrupt end.

With every ending, there’s a beginning, though, as Peter Tomasi returns to the children of Clark Kent and Bruce Wayne! The new digital first series Challenge of the Super-Sons looks like a lot of fun and I can’t wait to dive in!

What are you reading this week? Let us know in the comments!