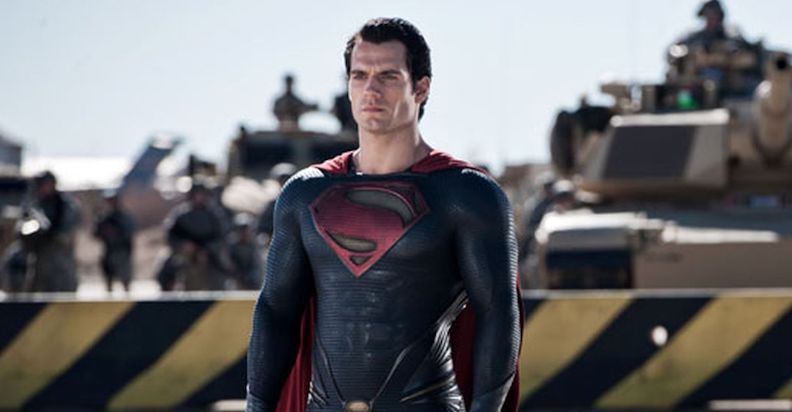 As we approach the streaming debut of director Zack Snyder’s cut of Justice League – premiering March 18 on HBO Max – I thought it would be a good time to rewatch Snyder’s first two forays into DC Extended Universe films. As is only proper, the modern DCEU begins with the world’s first major superhero.

Just as Superman’s debut in 1938’s Action Comics No. 1 set the stage for the world of superheroes to come, Man of Steel is the opener for the next 8 years (so far) of movies based on DC Comics characters. The movie was the centerpiece of Superman’s 75th anniversary in 2013, shining a brighter spotlight on him than any time since 1978’s SUPERMAN: THE MOVIE.

Coming off the critical and commercial successes of Christopher Nolan’s Dark Knight trilogy, Nolan and David Goyer turned their attention to the other member of the World’s Finest. The story for Man of Steel places Superman in a more realistic world, much like they did with Batman. Instead of hopeful world that would accept powerful characters that declare their intentions to protect its people, the more modern take on these characters places them in a world that fears “the other” and questions everyone’s motives.

The clearest example of this is with the portrayal of Jonathan Kent (played by Kevin Costner), the man who adopts Kal-El when he comes to Earth after Krypton’s destruction. Jonathan Kent is not the moral compass we’ve come to expect from Clark Kent’s father. In Man of Steel, he does not prepare his son to be a hero to the world. Instead, he warns Clark to hide himself away for as much as possible, fearing what would happen to his son if others learned of his existence and his origins. The most egregious example comes after Clark saves a bus full of his classmates from falling into the water. When Clark asks his adopted dad if he should have just let them all die, Jonathan replies, “Maybe.” Not exactly a shining example for his son.

Jonathan’s paranoia towards Clark’s powers becoming public is so strong that he sacrifices himself while trying to save others during a tornado. He implores Clark not to use his powers during the tornado, which eventually sweeps him away, killing him. It’s an ignominious end for Superman’s adopted father and it is, I think, one of two major misfires in Man of Steel.

Jonathan’s warnings to Clark do inform his character throughout the film, though there’s a counterbalance from his biological father, Jor-El. Portrayed rather masterfully by Russell Crowe, Jor-El is a central part of the movie’s opening sequence, which is one of the best openings to a superhero film of the 21st Century. The film begins on Krypton, detailing the birth of Kal-El and the attempted military coup led by General Zod (Michael Shannon). Jor-El and Zod both understand that Krypton is in its final moments, but their differing ideologies but them at odds. Once Jor-El steals Krypton’s genetic codex – which instills every Kryptonian with their role in society – and sends it off world with baby Kal-El, Zod murders Jor-El, but is soon sentenced to an eternity within the Phantom Zone.

The action on Krypton was amazing, and I would have loved to see even more of Krypton’s final days. The political machinations alluded to within the action sequences were fascinating. The story of a world damaged beyond repair by the people who inhabit it would resonate so much in our own world and Snyder’s particular brand of director serves the opening sequence well. It’s smart and compelling, drawing you in to this new DC Extended Universe.

Despite dying in the first 25 minutes, Crowe’s Jor-El manages to return to help serve as his son’s moral compass later in the film. He appears as a holographic projection within a Kryptonian ship that Clark discovers within a frozen tundra and advises Clark on how to be his best self, in direct contrast to the warnings Jonathan Kent gave him.

The people of Earth are different from us, it’s true, but ultimately I believe that is a good thing. They won’t necessarily make the same mistakes we did, but if you guide them, Kal, if you give them hope, that’s what this symbol means. The symbol of the House of El means hope. Embodied within that hope is the fundamental belief the potential of every person to be a force for good. That’s what you can bring them.

Jor-El’s lessons about Krypton and his hope for his son’s future set Clark on a new path as Zod and his followers – released from the Phantom Zone by Krypton’s destruction – arrive on Earth searching for their fellow Kryptonian. Once Zod appears on Earth, the film shifts from a philosophical look at being an outsider in a world that fears the other into a huge action set piece. Superman – whose name is said in only one scene late in the film – battles against Zod’s plans to use the codex Jor-El hid with his son to turn Earth into a New Krypton, killing billions on Earth for the benefit of the handful of Zod’s followers.

Even without the World Engine that Zod uses to try and terraform Earth, there’s a lot of destruction – and presumably death – during the final battle. All of Smallville’s Main Street goes up in flames during the fight. So much of Metropolis’ skyscrapers get demolished as Kryptonians battle with Superman and the United States military. There’s not a whole lot of concern shown for the safety of the people of either place. Yes, Superman saves people here and there, but as buildings crumble all around the people of Metropolis – including the staff of the Daily Planet – Kal-El is more focused on defeating Zod. It’s a little jarring to see a Superman who doesn’t go out of his way to save everyone he can, but this is a novice hero, setting his sites solely on stopping Zod.

It all culminates in a transit terminal, where Superman has Zod in a headlock, but the military leader tries to use his heat vision to kill people trapped inside with them. Knowing Zod won’t let up on his attacks and his efforts to snuff Superman out, the hero snaps Zod’s neck, letting out a primal scream of frustration that he couldn’t find another way to end the conflict. While controversial, Superman murdering Zod mirrors the post-Crisis on Infinite Earths battle between the two, when Superman is forced to kill Zod and his followers rather than give them the chance to murder more people. It’s a heart-wrenching scene, and Henry Cavill plays it with so much emotion.

This really should have been a launching pad for a DC Universe built around Cavill’s Superman. He does really well in the role, taking a fantastic being from another planet with powers and abilities far beyond those of mortal men, and humanizes them beautifully. The way he portrays the doubts he has about how he should live in the world rivals any other live-action portrayal of Clark Kent/Superman and it’s a shame that he didn’t get another chance to play the character is a standalone Man of Steel sequel in the last 8 years.

I’m also a big fan of Amy Adams’ portrayal of Lois Lane in Man of Steel. Instead of being easily duped by a pair of eye glasses and a different hair style, Adams’ Lois is right there with Clark Kent as he goes on his journey to become Superman. Lane proves why she’s a Pulitzer Prize-winning journalist by tracking down whispers of a man with extraordinary abilities to find Clark, and she stands with him through the rest of the film, helping him take down Zod. This Lois Lane is brilliant, strong and capable. There are a few changes to the Superman mythos in Man of Steel that are meant to modernize the character, and I think the portrayal of his relationship with Lois is probably the best.

I don’t think Man of Steel is a perfect Superman film, but it’s certainly a very good one. It features a great mix of action – which was perplexingly absent from previous Superman films – with Clark’s philosophical struggle about his place on his adopted world. It is a gorgeous film that unfortunately gets muddled down in a wide-ranging ending fight scene that has way too much happening. When I first saw the film in theaters in 2013, I was encouraged about what we would see in future DC Comics films.