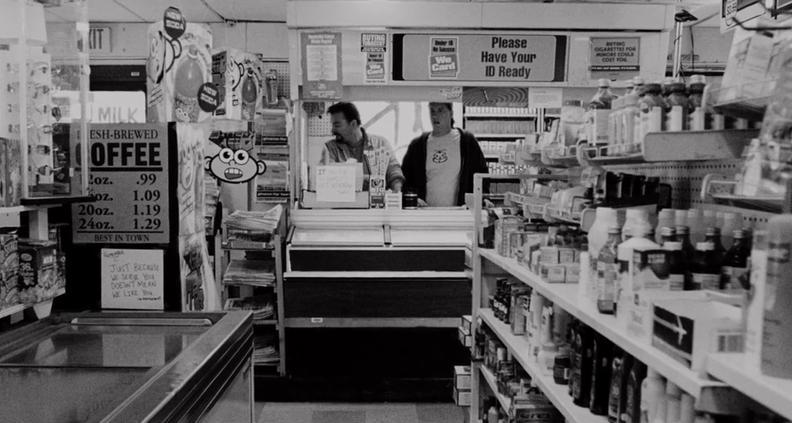 “I’m hours from getting outta here, and really starting my life, and you somehow figure out a way to obliterate all that and reduce me to a convict.”

Kevin Smith’s sequel to the movie that made his career probably didn’t shock anyone for the prolific use of profanity or a scene featuring interspecies erotica. But what was surprising was how heartfelt the movie was, and it may in fact be the best of his six interconnected View Askewniverse films.

After I saw this in theaters back in 2006, a coworker asked me what I thought of it, and I surprised him (and myself, a little) by gushing over the film and declaring that CLERKS II was worlds better than the original. The movie was an amazing blend of dark humor and intense sentimentality at a level that I don’t think Kevin Smith had shown before or since. Having watched it several times now, I have no qualms saying this was my favorite of the New Jersey films.

Smith seemingly closed the book on his Jersey universe with this film, the only real direct sequel to any of the movies, though we did just get news this week that Clerks III is happening. Bringing the focus back to the characters that started everything back in 1994, Smith relates how hard and confusing getting older can be. There’s no blueprint for how life is supposed to work out, and CLERKS II gives us the story of two friends at a crossroads. After working at the Quick Stop for a decade, Dante and Randall got jobs at a Mooby’s (the fictional fast food chain featured prominently in DOGMA) after the convenience store burned down. 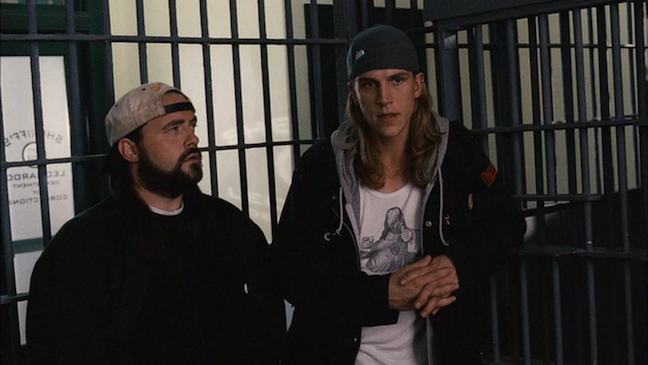 Thankfully, Jay and Silent Bob followed the clerks from the convenience store to the fast food place. It just wouldn’t be the same without the (now former) stoners

While Randall seemingly doesn’t have any qualms about his life, Dante is ready to move on. He’s engaged and about to embark on his last day at Mooby’s before moving to Florida to get married and start a new life. As Randall points out late in the film, though, Dante’s not exactly sold on his new life – he’s just going through the motions of what he thinks he should be doing, not what he wants. Add to that the complications of his feelings for his Mooby’s boss, Becky, and what was supposed to be a final, uneventful day in New Jersey becomes a comedy of errors that tosses Dante’s life on its ear, much like the day he experienced in the 1994 film.

While the film is obviously centered around Dante and Randall, the film’s heart is with Becky, played perfectly by Rosario Dawson. I developed a huge crush on Dawson from this movie, as she encapsulated the girl-next-door best friend. Even before you find out that she fooled around with Dante and was (SPOILER FOR A 15-YEAR-OLD MOVIE!!!) pregnant with his child, you wanted Dante to end up with her and not his fiancé (played by Smith’s real-life wife Jennifer Schwalbach Smith). Dawson fit in so well with Smith’s dialogue that you’d think she’d been in all of his movies. CLERKS II would have been a much worse movie without her. 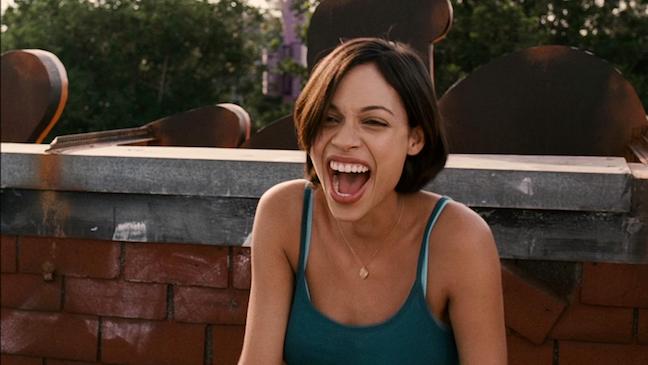 The most surprising part of the sequel is just how different the tone is from the original. Sure, it’s vulgar and more than a little weird. But CLERKS II is a movie about growing up, and every part of the movie following the interspecies erotica act with a donkey shows how much Smith had grown as a writer and a filmmaker since 1994. Forget about the bigger budget and the film being in color. Forget the scenery and the big name cameos like Ben Affleck and Jason Lee (both of whom owe a good chunk of their careers to Smith). Pay attention to the dialogue and the emotion that gets stirred as Dante and Randall finally have it out in the jail cell. Smith manages to inject some humor into the scene through Jay and Silent Bob, but it is a heavily emotional moment between Jeff Anderson and Bryan O’Halloran.

When CLERKS II came out, I thought it would be a fitting and touching end to the universe Smith introduced us to back in 1994. With CLERKS III set to start filming soon, this film serves as an emotional touchstone to the View Askew universe. If Smith can tap into the same kind of heart as this movie with the third chapter, it should be a great film.

New Mortal Kombat is All About a Sequel