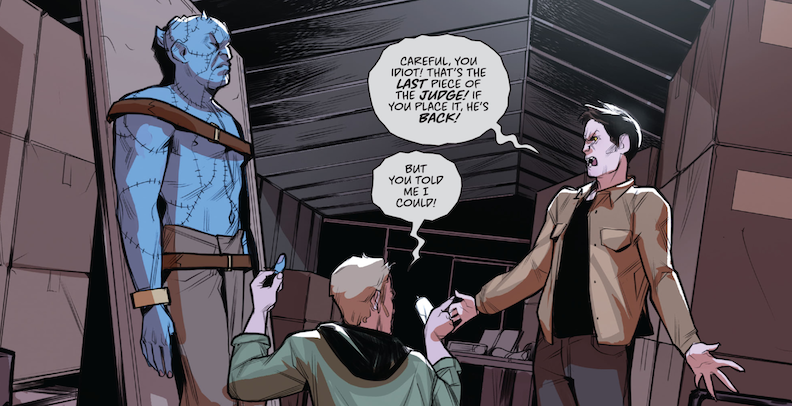 Wow, there’s not a lot going on this week…

It’s not really a bad thing. I just got done working 12 days straight with most days being 10-plus hours long, so I have some things to catch up on.

As always, I’m buying my comics digitally, through Comixology. Most of the week’s new books are listed over at the PreviewsWorld website, though DC Comics’ new releases can be found on their own website. And the DC Digital Comics are available through DC Universe Infinite. Let’s take a look at what new comics I’ll be reading this week.

THREE NEW COMICS THIS WEEK?!?! That’s crazy. I probably wouldn’t have bothered with Arkham City – which ties in to the A-Day event that kicked off this INFINITE FRONTIER – if there were much else to read, but I’ll give it a chance. The Dan Watters-written book centers on Dr. Jocasta Joy’s attempts to recapture the career criminals who managed to escape both the Asylum and death when Joker (allegedly) gassed the joint. As I’ve said with the latest series starring THE JOKER and other books, Batman stories without Batman are infinitely more interesting.

Other than that, I believe we have the finale of Ted Lasso’s second season. It hasn’t been as good as the first, but since the first season was so amazing, it’s still pretty good. And with WWE bringing back the King of the Ring tournament starting Friday on SmackDown!, maybe we’ll take a look at my favorite WWF/E kings.

Of course, Joe will back this weekend with SONG OF THE WEEK. Because Joe is awesome. And after an amazing debut last week recapping AEW DYNAMITE, our newest contributor claims he’s got some business to attend to this week, but hopefully Wavy can be cajoled to come back next week for a new Dynamite review. Send your cards and letters to the Geekery to let him know you want him back.

What are you looking forward to this week? Let us know in the comments!