Legends of Tomorrow – “This Is Gus” 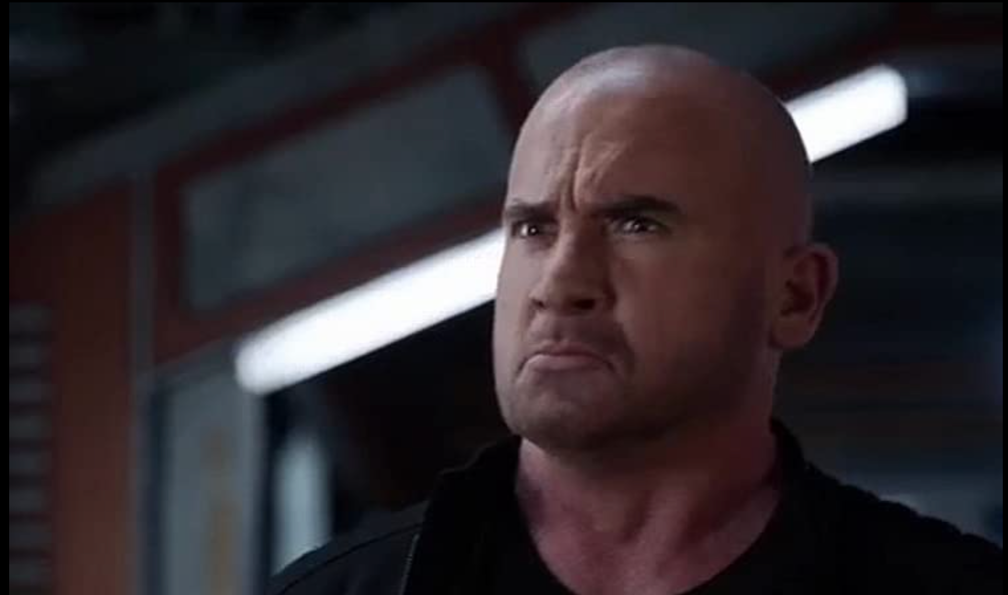 The timeline is changing so much this season, it’s almost like BARRY ALLEN has been running around again.

The search for the aliens that got released into the timeline at the START of the sixth season continues, taking the team to the far-off time of 2024! Imagine what the world will be like that far into the future! My representative in Congress, Alexandria Ocasio-Cortes, is getting ready for a run for the White House and Behrad Tehrazi’s favorite television program, a stoner comedy called Bud Stuy, is struggling to find an audience when one of the alien pods falls through the studio during a taping and changes the course of the Legends’ history.

Of course, all of the problems the alien caused could have been avoided if the newest Legend, Spooner, hadn’t tried shooting the pod out of the air, sending it off its trajectory.

Unlike the other aliens the Legends have been trying to catch this season, this one is a cute little thing that resembles a pink version of BEEBO, the creature who’s become something of a mascot for the Legends TV series over the years. The brother of the star of Bud Stuy sees potential in the alien and how it could attract more of an audience than the show has managed. The sudden change in direction causes friction between the star and his brother, leading Imran, the star, to quit the show.

Imran leaving the show causes a chain reaction through the time stream, as Behrad slowly goes from the lovable stoner who learned to just be himself from Bud Stuy to a douchy financier that’s more in line with what his parents were hoping for. The changes lead Behrad’s sister Zari to team up with Nate (who was pulled from the Totem where he was spending some quality time with Zari 1.0) and Astra to try and get Behrad back to being himself. That plot, of course, leads to Nate getting a role on Bud Stuy as the nosy landlord over Zari (“Finally, a win for the straight, white man,” Zari quips) and using the opportunity to use some edibles to soothe the alien and bring everything back the way it was.

And the alien has also bonded with Nate, which means we may see more of li’l Gus-Gus in the future.

With her brother saved and boyfriend John Constantine off on a quest to regain his magic, Zari 2.0 decides to swap places with the original in the totem. I really liked the original version of the character and am happy to see her back, I wonder how it will change the dynamic of the show as the Legends have to catch her up on what’s been happening since she faded away into the totem and Behrad showed up.

As most of the Legends dealt with the chaos on the set of Bud Stuy, Mick Rory was reunited with the 2024 version of his daughter, Lita, who is pregnant and cohabitating with a guy named Niko. Mick starts off angry at the whole situation and causing more of a rift with his daughter, but eventually comes around to asking Lita about Niko and her life. Only Captain Sara Lance, trained assassin, figures out that Mick was only asking questions so he could meet up with Niko and kill him. But when the Legends arrive to stop the bludgeoning, they find Mick and Niko hugging it out. It’s nice when no one gets murdered.

Mick has bigger problems to deal with, though, as he learns that alien Gary’s alien wife Kayla impregnated him with her eggs when they slept together.

Alien babies and more Gus-Gus are on the way!