One More Glimpse Into the Future (State) 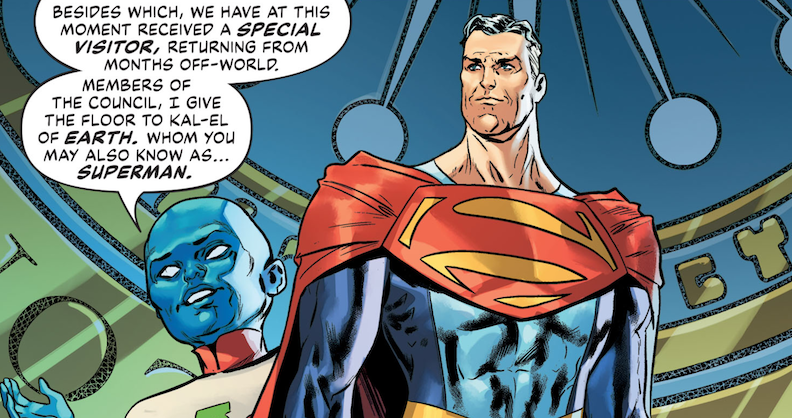 The INFINITE FRONTIER for DC Comics kicks off next week, with a whole new slate of writers and artists taking over comic books and characters, as the publisher slowly rebuilds its universe. Again. But before we get to the INFINITE FRONTIER, we have one more week filled with glimpses into the future. While I’ve been down on a lot of FUTURE STATE stuff, the comics featuring Kal-El have been much better than the rest over all.

I especially found the first issue of Mark Russell’s SUPERMAN vs. IMPERIOUS REX to be a lot of fun and I’m looking forward to the new issue released today.

Outside of the Future State stuff, there are a lot of highlights, including the fifth issue of the White Knight HARLEY QUINN series that continues to impress. On top of that, Generations Forged finishes the story started in last month’s GENERATIONS SHATTERED, which had a lot of fun 1990s DC Comics vibes from writer Dan Jurgens.

What are you reading this week? Let us know in the comments!