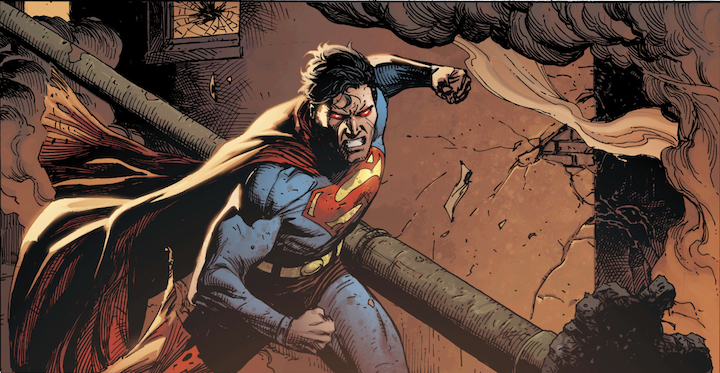 Wednesday is supposed to be the best day of the week, with new comics coming out. But today is a little bit sad.

As the country continues to deal with the ramifications of the coronavirus and a partial shutdown of all things to force people to quarantine, the world of comic books has also been hit pretty hard. When Diamond Comics, the largest (only?) distributor of comic books in the country, decided to shut down distribution this week, it set off a ripple effect. Local comic shops – many of which were closed in an effort to keep themselves safe – weren’t going to get new issues to its customers. And with no end in site to the pandemic, it’s impossible to say when those printed issues would get into the hands of readers.

That left digital distribution, which is how I’ve been reading my comics since I got my first iPad back in 2012. I should’ve been fine, right? I could just get my new comic books via my usual method of paying Comixology. No problems.

Well, hold on there.

Digital distribution is still a growing part of the comic book revenue stream. Most readers still get their hands on physical comics from their local comic book shops. And these retailers cried foul when DC Comics and Marvel announced earlier this week that new comics would still be available through digital distribution. Other publishers, like Image, Dark Horse and Dynamite, had already announced that they wouldn’t release new issues. After a fairly vocal outcry, DC and Marvel gave in.

DC Comics, at the very least, announced there would be a one-month gap in new issues. Comics originally scheduled for release today won’t see the light of day until April 29. This gap will continue for the foreseeable future, leaving us with three more Wednesdays without many new comics.

So much for digital being the wave of the future…

There’s still some new stuff being released today, notably digital-first comics that weren’t getting a physical issue out and collected editions. And that’s what I bought this morning.

Most notably, Alan Burnett and Paul Dini return to the world of the greatest superhero cartoon ever with Batman: The Adventure Continues. The writers, along with artist Ty Templeton, are bringing some villains who never got the animated redesign into the mix for new stories set in the DC Animated Universe.

Thankfully, I’m a slow reader and I still have some comics to read from LAST WEEK‘s pull, which means we’ll have some new reviews still to come.

How are you passing the time during a quarantine without new comic books? Talk about it in the comments!