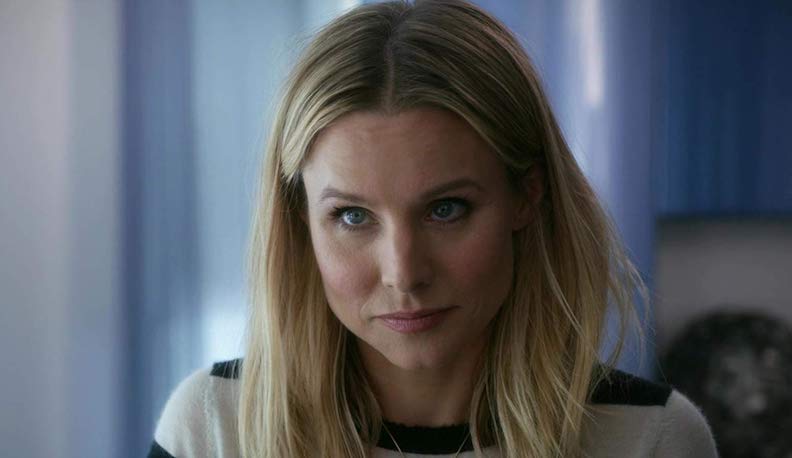 I came to the party with Veronica Mars pretty late. Despite people telling me it was a show that was right up my alley, for whatever reason, I didn’t get into it until the show was off the air. Everyone who told me I would love the show was exactly right. It was a great combination of witty writing, campy teen shenanigans and relatable characters that actually grew over the series’ three seasons.

When the fan-funded MOVIE was released in 2014, it drove me crazy because the movie felt like it wiped away so much character development and Veronica actually regressed a little bit. OK, it was a lot. The whole movie depressed the hell out of me.

Thankfully, the movie won’t be the final word on Veronica Mars or her time as a private investigator in the beach-front town of Neptune, California.

Originally announced as a Hulu limited series scheduled for July 26, the streaming service surprised fans by releasing the whole season one week early, during SAN DIEGO COMIC-CON. After trying to find time to watch the new season when my wife and I were both home (exceedingly difficult when we work opposite schedules and have a toddler), we finally managed to get a quarter of the way through the 8-episode season last night.

So far, I’m feeling good about the direction the show is taking.

It helps that Veronica (Kristen Bell) is already back in Neptune, working as a private investigator with her dad. The ramifications of her past decisions have already been realized and she seems to be doing something she enjoys and that she’s good at. Sure, it’s not raking in a ton of money at a fancy international law firm in the city, but New York isn’t for everybody.

The show’s new season revolves around a bomb going off at a motel housing drunk college kids on spring break. Among those killed in the attack is fiancee of an Arab-American congressman’s brother, who was also injured in the attack. Feeling that the new chief of police is incompetent after she tries to make the bombing about him, the congressman hires Veronica’s father, former sheriff Keith Mars (Enrico Colantoni) to find out what actually happened.

With Keith still suffering side effects from the events of the movie, Veronica is of course doing most of the legwork on their cases. Investigating the bombing brings her in contact with the daughter of the motel’s owner, who’s angry about her father’s death and looking for ways to lash out. In the brief encounter Veronica had with her in the second episode, the former teen detective sees a little too much of herself in the motel owner’s daughter, which strengthens her resolve to find the bomber and put the teen’s mind at ease.

A new season on a new platform also means new characters with whom Veronica can interact. The biggest addition to the cast is the fantastic J.K. Simmons, who plays an ex-con offering advice to Big Dick Casablancas, the father of Veronica’s sometimes-rival Dick Casablancas. Big Dick is working on a project to beautify and improve Neptune, using Simmons’ Clyde Pickett as his right-hand man, but Clyde is clearly playing at his own game.

There’s also a Mexican cartel leader whose ex-wife is related to one of the other victims, and he sends some guys up to Neptune to find the killer and exact some vengeance.

But what about Veronica’ on-again, off-again beau, Logan (Jason Dohring)? While I blame him for Veronica’s backslide into the worst that Neptune has to offer in the 2014 movie, so far Logan has been the best part of the new season. Serving as a naval intelligence officer, the man is actually in therapy to keep his aggression under control. The biggest challenge he has in doing so is probably Veronica, who seems to prefer pre-woke Logan. Our Ms. Mars clearly has some issues of her own to work through.

So far, I think Veronica Mars is back to form in this new 8-episode season. As a fan of the original series, I think this is a fun reunion with old friends.