Saying Goodbye to the Dog Pound 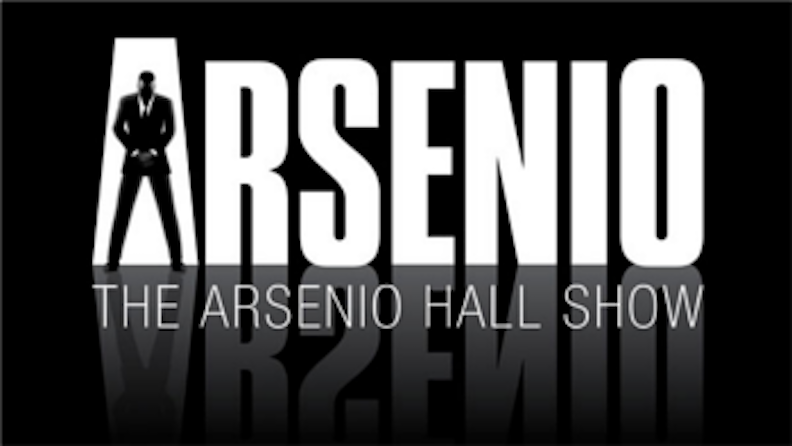 Before Johnny Carson decided to retire from The Tonight Show, kicking off the Late Night Wars between Jay Leno and David Letterman that reinvented late-night television during the week, talk shows for decades had mostly been geared toward an older, more suburban audience. But the winds of change didn’t start when Letterman decided to go to CBS in 1993, because there was already one show bucking that trend and appealing to a younger audience.

When THE ARSENIO HALL show debuted on syndication in January 1989, it opened up late night talk shows to a new generation. The comedian, who had featured roles in Eddie Murphy’s classic 1988 comedy COMING TO AMERICA, brought on guests to promote projects that interested him and who would likely not play so well with Carson’s older audience.

The show lasted in syndication for just more than five years, getting lost in the hype over the new battle between Leno’s new Tonight Show on NBC and Letterman’s Late Show on CBS. When THE ARSENIO HALL SHOW finally signed off on May 27, 1994 the show had produced countless iconic moments, some of which are still talked about today.

Probably the most notable appearance was then-Democratic presidential candidate Bill Clinton, appearing with his wife, Hillary Rodham Clinton. The future President of the United States wowed the younger electorate by playing the saxophone on the show, which came to define his appeal to a younger base.

Arsenio Hall was not one to shy away from controversial topics. In 1991, not long after NBA legend Magic Johnson revealed to the world that he had HIV, Hall had him on the show to discuss the situation.

In another 1991 episode, he had WWF legend HULK HOGAN on the show to discuss steroids. The episode has become infamous over the years after it was revealed that Hogan lied about his steroid use on the show.

But one controversial guest in particular, Nation of Islam leader Louis Farrakhan, riled up a whole lot of people in February 1994. The interview has been blamed for a steep ratings decline in the weeks following, and the controversy was likely a factor in Hall announcing the end of his show.

As a young teen in the early-1990s, The Arsenio Hall Show was a pretty important venue to see a lot of celebrities and viewpoints that weren’t necessarily being represented elsewhere. Hall helped to redefine the genre and showed that appealing to a younger audience could work for late night television. His legacy as a host was so strong, that show was briefly brought back a few years ago, though it only lasted about 8 months.

What are your favorite ARSENIO HALL SHOW moments? Let us know in the comments!