The Flash S5x16 – Failure Is An Orphan 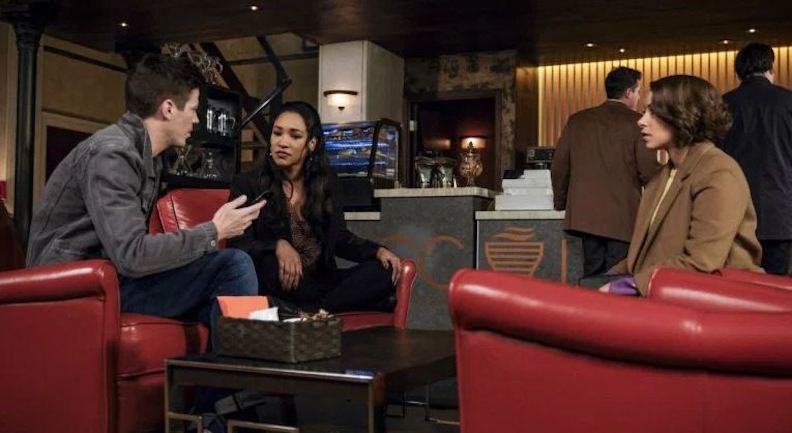 Nothing can be easy for Team Flash. Like, ever.

After Cisco managed to perfect a serum that takes away people’s metahuman abilities – ingeniously named “The Cure,” by the way – and successfully tested the serum on King Shark, Barry Allen decides the best course of action will be to offer the serum to Cicada in the hopes of bridging some peace. It’s not a crazy thought, really. Barry has extended olive branches to other enemies before, and he’s gained a few allies here and there because of it.

To make it even more of a sure thing, Nora jumps back to the future and sees that the day The Flash finally defeats Cicada is here, their final battle is upon them. So Nora is determined to end the threat so she can, presumably, save her dad. Or whatever weird goal future Eobard Thawne has her working towards.

But, as I said, things don’t usually go so easily for Team Flash. The “final battle” with Cicada takes a second attempt, when Cicada isn’t susceptible to one of Flash’s inspirational speeches. Thankfully, Flash realizes he needs to appeal to Cicada’s love for his daughter instead of his desire for a legacy, so the second attempt at getting Cicada to take the serum goes a little more smoothly. At least, it does after Flash agrees to bring in his doctor to ensure there’s no funny business.

Again, though, things are never easy for the Scarlet Speedster and his team. Yes, they manage to give Cicada the cure, turning hm back into regular old Orlin Dwyer. But as they allow Dr. Ambres to sew up Dwyer’s gaping chest wound, all the power drops from STAR Labs and the team gets attacked by an even more powerful Cicada – a future version of Dwyer’s niece, Grace, which was teased back when Nora, Barry and Iris went into Grace’s HEAD. Grace wrecks the team and takes an unconscious Dwyer away.

Eobard Thawne warned Nora that a new baby timeline was trying to break through, and Grace’s emergence as Cicada is probably going to throw a monkey wrench into whatever plans Thawne has for saving the Flash. And it seems as though every day that Nora stays in the past, Sherloque Wells gets a little bit closer to figuring out what’s happening.

I love that underlying tension, though I’m afraid that the conclusion to that won’t be satisfying at all.