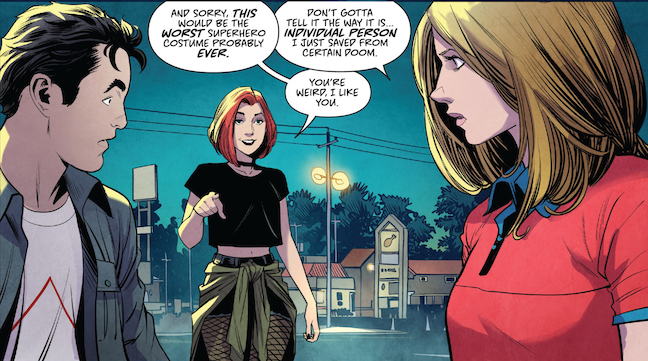 The shortest month of the year is almost over and it’s ending with a bang! It’s New Comic Book Day and there are some great things to look forward to!

After tomorrow, DETECTIVE COMICS is just one issue away from joining ACTION COMICS as the only comics out there with four digits worth of issues. That’s pretty exciting! Together with the latest issue of HEROES IN CRISIS, the final issue of the four-part tie in crossover between Batman and THE FLASH and the third issue of SHAZAM, and DC Comics is having a pretty good week.

Outside of DC Comics, BLACK HAMMER: AGE OF DOOM returns from a brief hiatus, and we get the second issue of the new BUFFY THE VAMPIRE SLAYER continuity, where Drusilla and Spike are set to make an appearance.

For a complete list of this week’s releases, remember to check out the Previews website. I’m purchasing all my books digitally through Comixology, but if you want to find your local comic shop, click here.

Let’s take a look at what I’m getting this week:

What are you reading? Let us know in the comments!