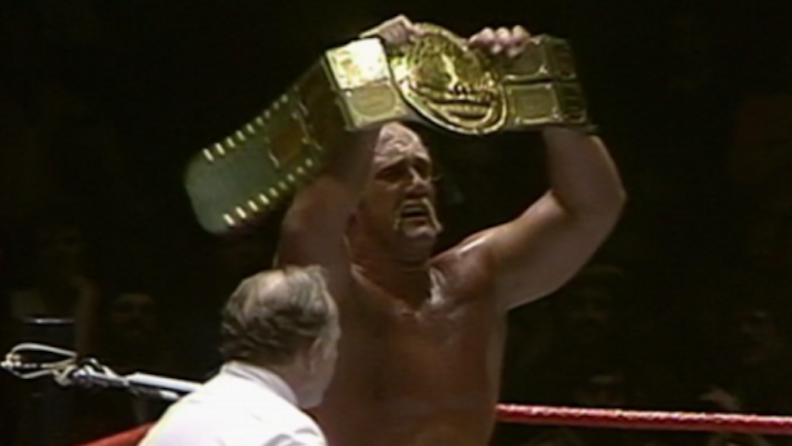 Professional wrestling has been televised for as long as I’ve been alive – longer, actually. And the first prime time televised event happened 70 years ago today!

Growing up, Saturdays meant three things for me – cartoons in the morning, going bowling with my friends and pro wrestling. Since the 1980s, Vince McMahon really perfected the idea of televising his events, first to promote touring shows throughout the country and then to promote his big events on pay-per-view.

Over time, McMahon – and his main competition in the National Wrestling Alliance/World Championship Wrestling – would begin to flirt with prime time specials, to varying success. In 1993, the WWF finally pulled the trigger on putting its resources into live prime time wrestling programming with MONDAY NIGHT RAW, a show that still airs today.

No, the first televised wrestling event happened on July 30, 1948 courtesy of the DuMont television network. DuMont, owned by a television set manufacturer, helped launch the career of Jackie Gleason, star of THE HONEYMOONERS, but it was always on unsteady financial footing. The network’s main affiliates were found in New York City, Washington D.C. and Pittsburgh. The network frequently aired professional wrestling specials featuring the stars of the Capital Wrestling Corporation – the forerunner of the WWE – for years before it finally went off the air in 1956.

Most pro wrestling historians would reference “Gorgeous” George Wagner, whose outlandish persona and flamboyant personality helped pro wrestling get a glimpse of mainstream popularity – or at least renown – in the 1950s. In an era before the cartoon personalities that populated the 1980s WWF roster, Wagner was a spectacle that drew in crowds. Wagner managed to parlay his wrestling notoriety into a movie role – in 1949’s Alias The Champ – and was even parodied in a Bugs Bunny cartoon.

While other wrestlers gained popularity over the years – including Bruno Sammartino, “Superstar” Billy Graham and others – it would be about 30 years until another pro wrestling pierced the public consciousness. Coming off his appearance as Thunderlips in ROCKY III, Hulk Hogan made a splash for the WWF when he beat The Iron Shiek in January 1984, kicking off a four-year reign as champion. Hogan guest starred in TV shows and movies and not long after winning the title, he was a household name in America.

Since the days of Hogan, the popularity of pro wrestling has waxed and waned, but the one constant has been a presence on broadcast and cable television. From the height of the Monday Night Wars in the late 1990s to the impressive TV contracts the WWE gets today, and even the smaller promotions like ROH, Impact Wrestling and MLW that have televised programs, they all link back to a prime time show televised 70 years ago today.