Superman & Lois S1x03 – “The Perks of Not Being a Wallflower” 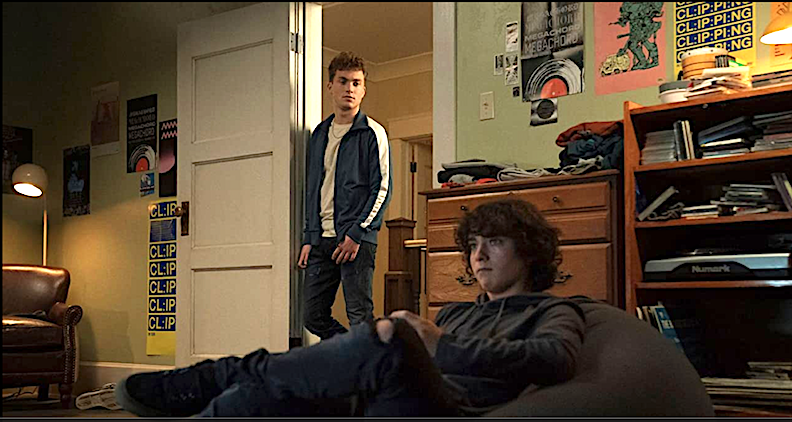 All of the ARROWVERSE shows on the CW seem to have their own particular tropes they fall back on when the writers need to inject a little bit of drama into their worlds. Sometimes it works, but mostly they can be so obvious to be frustrating to viewers who want a little bit more character growth but are instead subjected to the same thing over and over. On The Flash, it was “You need to run faster, Barry!” Even into the show’s seventh season, we see the titular character struggle with his need for speed. In the current season of Batwoman, Luke Fox’s distrust of new Batwoman Ryan Wilder just doesn’t seem to go away, despite several attempts made to bring them on the same page.

On Superman & Lois, Jordan Kent’s social anxiety, teenage angst and his seeming distrust of his father – who wants to help him understand his burgeoning new powers – looks like the thing that’s not going away any time soon. We get yet another outburst in the third episode, as an overprotective Clark shows up at Smallville High School just as Jordan is being bullied by the football player boyfriend of his crush Sarah. Clark senses problems as Jordan’s eyes begin to glow and his twin Jonathan tries unsuccessfully to diffuse the situation. Clark showing up to save his son kicks off Jordan’s attempt at rebellion: Joining the Smallville High football team with his brother.

While Jonathan is relegated to second-string quarterback, Jordan shines as a cornerback, using his (slightly) enhanced strength to take everyone down in practice, especially targeting his teammates who backed up Sarah’s boyfriend Sean in bullying him.

Much like Clark’s father tried to deter him from playing sports so as to not show off his abilities, Clark doesn’t want Jordan to play football. But Jonathan points out that being on the team seems to be drawing Jordan out of his shell. The relationship between the twin boys – how Jonathan looks after his brother no matter what, despite Jordan being the one with powers – is a refreshing turn when they could have easily mined the difference between the two for some drama. I much prefer seeing the twins look out for each other than developing a sibling rivalry.

But I would happily move on from the angsty outbursts from Jordan, even if Clark doesn’t get the whole parenting thing right the first time around.

Meanwhile, at the offices of the Smallville Gazette, Lois continues to dig into Morgan Edge’s dealings in Smallville and the greater Kansas area. After meeting with a distraught woman who thinks that Edge had something to do with her son going missing, Lois doubles down on her investigation, much to the chagrin of her over-matched boss Chrissy Beppo (I still can’t take the character seriously if they name her after a Silver Age super-monkey). Having worked in a few small town newspapers in my life, I can relate to how Beppo feels – a little overwhelmed at the prospect of such a big story. Throw in Lois’ car getting blown up, and the whole thing can be a little scary. But Beppo is a game day player, and she decides to back her star reporter up and help with the investigation.

Lois’ digging into the missing son leads her to a motel room in neighboring New Carthage, where she finds the distraught mother barely breathing and a super-powered giant assaults her. She presses her super-beeper and the Man of Steel comes a-flying, but he also takes a beating from this mysterious strong man. But Superman will not stay down too long, and he manages to use his super breath to gain an advantage, helping Lois and her contact escape.

The mysterious strong man gets away, but ends up being blasted by someone else with heat vision to end the episode. Are we getting even more Kryptonians, after Supergirl has gone to that well a bit over the years? And where was the Captain Luthor of another Earth this episode? A strange move, moving away from one of the show’s primary antagonist in just the series’ third episode.

Not having another big battle with CAPTAIN LUTHOR did allow the rest of the characters to get a spotlight, including Lois’ journalistic endeavors, and I can appreciate that. We did get a pretty epic scene of Superman saving a fisherman from a collapsing bridge in China. It’s a pretty major moment for a CW television show – even for the Arrowverse – but it felt thrown in add a little more Superman to the show. While I always appreciate the Big Red S, the rest of the show’s stories are holding up for me, so the lack of action wasn’t too disappointing.

Unfortunately, it doesn’t look like the angsty father-sons relationship is going away, if the trailer for next week’s episode is any indication. Still seems like it’ll be an exciting episode though.