A 1950s Trope Is Not Who Wonder Woman Is 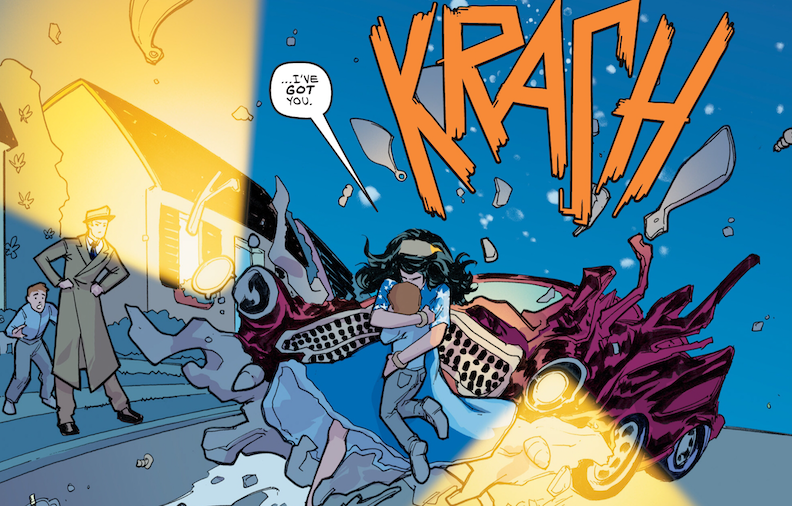 A new digital-first comic starring the Amazon Princess shows us a side of her that we’ve likely not seen before.

One of the few positive things to come out of the coronavirus-caused comic book shutdown from the first half of 2020 is the ever-expanding series of inexpensive digital-first books that DC Comics has been putting out. Always a nice supplement to my weekly pull, the stories are sustained by their own continuity and have given a lot of writers chances to work on a variety of characters.

With the latest first issue, Sensational Wonder Woman gives writer Stephanie Phillips a chance to explore a different side of Diana – the happy homemaker and 1950s-era housewife.

Something is definitely not right with that scenario!

As Diana finishes dinner for her breadwinner husband, helping him celebrate some nebulous big day at work, Diana – and the reader – get glimpses that all is not as it should be. Hawkgirl is in the background, begging Diana to wake up, though she ultimately retreats back into her revelry.

Until, that is, a car slams into her as she tries to save a child and the car gets completely totaled As her husband yells at her for her reckless behavior, something clicks within our hero’s mind. And just like that, we’ve gotta come back next week to see what happens!

I’m really looking forward to the next chapter. The story breezed by, the art was wonderfully tailored to the action and we have a nice little mystery to find out what exactly is going on.

All comic books should be this fun.