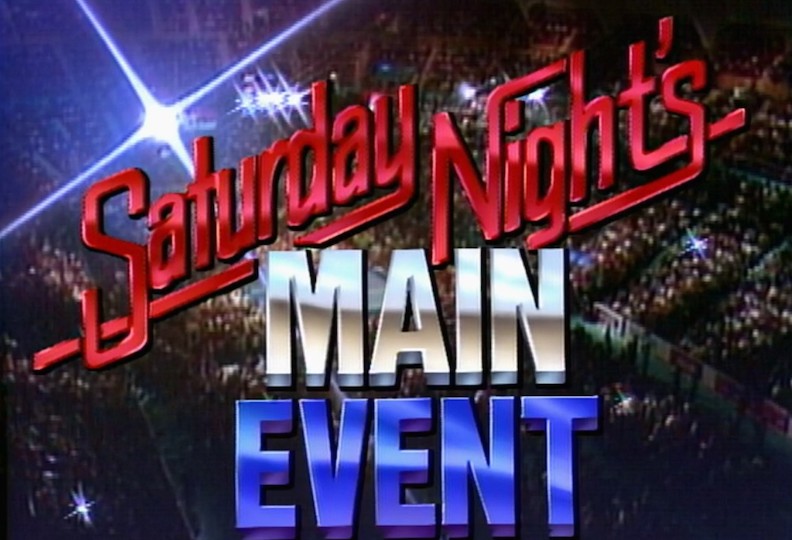 The WWF followed up the Royal Rumble with a Saturday Night’s Main Event the very next weekend, with a match to further set up the main event of WrestleMania VI. WWF Champion Hulk Hogan and Intercontinental Champion The Ultimate Warrior teamed up to take on “Mr. Perfect” Curt Hennig and his partner, “The Genius” Lanny Poffo. It was a fun but quick 8-minute match that saw Hogan hit the leg drop on The Genius for the win. But the real significance came after the match.

During a post-match brawl with their defeated opponents, Warrior accidentally clotheslined Hogan. The Intercontinental Champ tried to help Hogan up and apologize, but got shoved away for his trouble. Between this and the confrontation at the RUMBLE – which saw the two champions face off and eventually fall to a double clothesline before Rick Rude entered the ring – fans were getting hyped for the possibility of a match between the two strongest forces in the WWF.

Best Match: “Macho King” Randy Savage defeated “Hacksaw” Jim Duggan – Savage had taken the kingship from Duggan in late 1989, giving the former WWF Champion some direction after his feud with Hogan subsided. Duggan was still looking for some revenge, but he wouldn’t find it this night. Savage having “Sensational” Queen Sherri in his corner proved too much for “Hacksaw,” as the Queen did everything she could to distract the referee and give her man the advantage, leading to a pin that saw Sherri hold Duggan’s legs while Savage’s legs were on the ropes for leverage. Duggan never had a chance. Even in a lessened role, Savage was still on fire here, with an energy that couldn’t be matched.

Worst Match: Dino Bravo defeated “Rugged” Ronnie Garvin – Garvin went from best match of the night at the Rumble to worst match on this card, just six nights later. That could be considered impressive, but he was in the ring with Dino Bravo, so it probably should be expected. This wasn’t much more than a squash match, not to showcase Bravo’s prowess, but to push his cornerman, Earthquake, as a big threat.

We finally round out a full Top 10 this time around!

*DISCLAIMER* The Top 10 rankings are for discussion purposes only and in no way reflect an official or authoritative list. It is simply my opinion. If you disagree, let me know in the comments.

Next week, the NWA enters the scene with its first big show of 1990, Clash of the Champions X! Stay tuned!