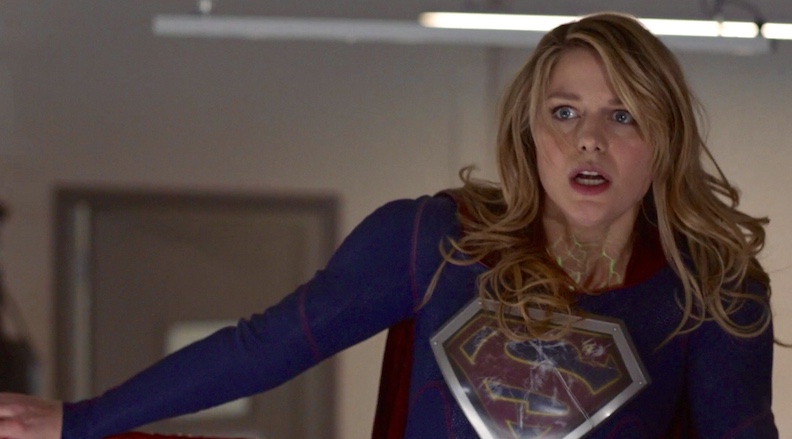 When her powers as Supergirl fail to get results, Kara Danvers finally realizes that the power of the press could get her the information she needs to take down Lex Luthor. If she had remembered her skills as a journalist a little earlier – or was able to confide in her closest allies about her secret identity – then maybe things wouldn’t have gotten so bad.

Supergirl, Lena Luthor and Alex Danvers are on the hunt for more of Lex Luthor’s plans now that the President has declared martial law and has Ben Lockwood – the new Cabinet Secretary for Alien Affairs – breathing down the neck of the DEO trying to capture the Maid of Might. While Alex tries to keep Lockwood at bay by trying to bring Col. Haley on board, Lena and Supergirl head to Lex’s cell at Stryker’s Island penitentiary.

While Lena gets some bad flashbacks to her childhood with her brother, Supergirl has to deal with a bunch of convicted criminals trying to take her down thanks to Lex’s goon Otis Graves, who was re-animated as a Metallo (one of Superman’s enemies, a man with a Kryptonite heart). With a Kryptonite shield that Lena conveniently had on her, the battle is a stalemate. But L-Corp products seem to be a bit chintzy, and the shield gets destroyed in the battle.

In order to escape certain green death at the hands of Otis, Supergirl uses her brains and switches to Kara and convinces Otis that she was in the prison to do a story. She asks her opponent for a quote, giving us a great bon mot from Otis.

“I don’t trust the press. They always parachute into crises like this without any context for the larger systemic issues at play.”

As a lifelong newspaper man, it’s a little harsh, but the well-thought out critique from the musclebound meathead at least provided an amusing moment.

Kara Danvers also encounters the prisoner in the cell across from Lex. While he showed contempt for Supergirl, and the risk she presented to him being in the prison, the crook had admiration for reporter Kara Danvers, and spared her from a shiv.

Once the situation at the prison comes to an end – with an appearance from the army and Lex detonating Otis’ Kryptonite heart – Kara comes back to Stryker’s to meet with the prisoner, who hands her a flash drive with the contents of Lex’s hard drive. The adventures of Supergirl may be taking a back seat to the adventures of Kara Danvers for a bit, and I’m definitely looking forward to it.