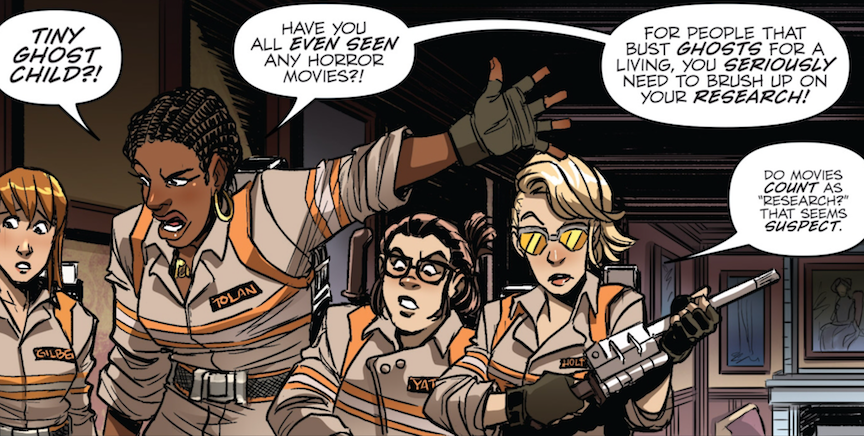 What better way to celebrate Halloween than by busting some ghosts? Let’s take a trip to the world of the 2016 movie for the first issue of Ghostbusters: Answer the Call.

IDW continues to branch out with its very popular and critically-acclaimed (especially by this critic) Ghostbusters franchise. But instead of another series focusing on the classic line-up of Peter, Ray, Egon and Winston, the latest miniseries focuses on the new team introduced in last year’s GHOSTBUSTERS movie. The new team was introduced in the last IDW series, GHOSTBUSTERS 101, when a temporal rift started to merge the two realities into one.

The latest story, ANSWER THE CALL, stems out of that and gives us a chance to see what Abby, Patty, Erin, and Holtzmann have to offer. We also get a new creative team for the book, as the usual combo of Erik Burnham and Dan Schoening gives way to the all-female team of Thompson and Howell (Jem and the Holograms). Much like their appearance in Ghostbusters 101, the new movie team comes off as funnier and more likable in comic book form. 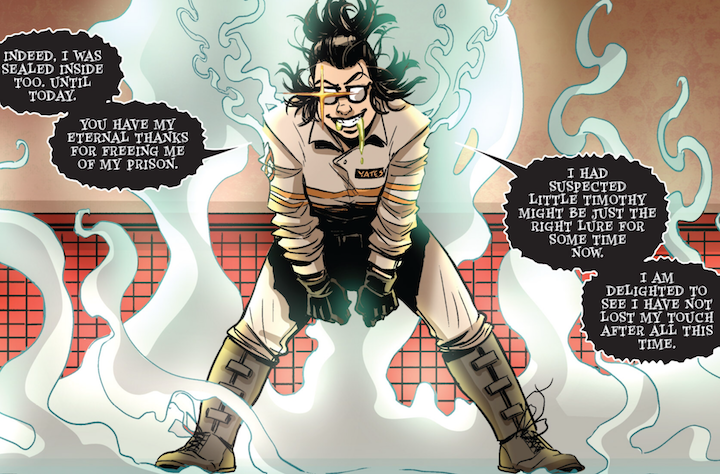 In the latest adventure, the team encounters a powerful ghost who they learn feeds off other people’s fears, using a little ghost boy to lure the team into a false sense of security. Though Patty has seen enough ghost movies to know that there should nothing scarier than a little ghost child. Things go about as well as you’d expect.

Abby gets possessed, giving Holtzmann the opportunity to try out a new toy to separate Abby from the ghost. But they never manage to capture it (because it’s the first issue, and otherwise the story would be very short) and it manages to get out into the sea of humanity that is New York City.

And just like the ooze underneath the City in GHOSTBUSTERS 2 got stronger with the anger and frustration of millions of New Yorkers, a ghost that feeds on fear should eat like a glutton in Midtown Manhattan. And, in fact, when the Ghostbusters find the specter, it seemed to have grown quite a bit. 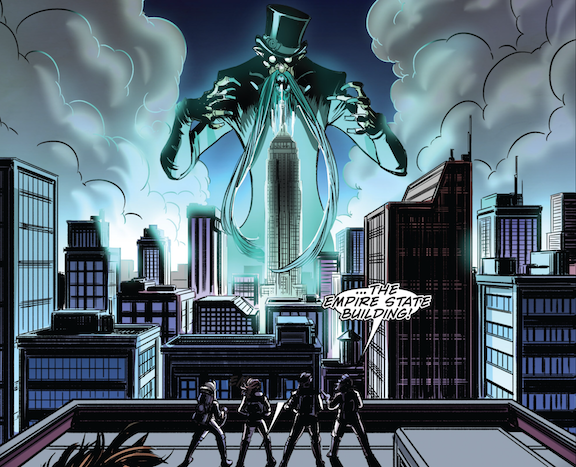 This should be a bit of a challenge, I would think.

The first issue for the ANSWER THE CALL team was a lot of fun, and is a worthy addition to the IDW Ghostbusters family. Even if you weren’t a fan of the movie, the comic is a wholly worthwhile read, and I’m looking forward to the next issue.