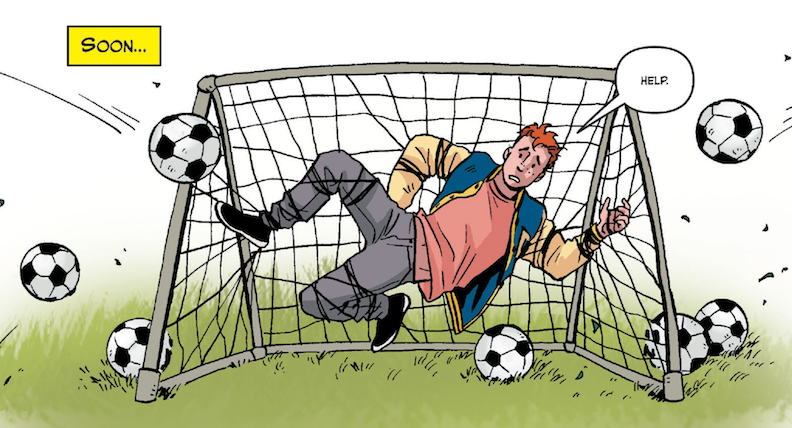 In this edition, our bumbling hero struggles to find a way to help Betty in the latest issue of Archie, while the daughter of a hero searches for answers in Black Hammer.

Mark Waid’s Archie was, up until a few months ago, one of my favorite monthly titles. It had a decidedly modern feel while not eschewing the classic sensibilities that made Riverdale what it is. But the last few issues, with Archie drag racing Reggie and Betty getting hurt, have been really rough to get through. Not because the storyline has been emotionally taxing, which I think was the point. The story is just overly melodramatic.

After we discovered in the last issue that Betty Cooper had no feeling in her legs, we now get Archie Andrews moping around, while his friends find ways to honor Betty. Waid plays up Archie’s klutziness here, with none of his friends wanting his help in their endeavors, leaving Archie feeling even worse than he should, seeing as he’s partly to blame for Betty’s condition.

Betty, however, is given a glimmer of hope and is determined to turn that into a beacon of light. Because that’s what she does.

I’m not at the drop point for this book yet, but every issue brings me closer and closer to the brink. I have a feeling the next issue, which promises the arrest of Reggie, won’t do much to alleviate that.

Speaking of being at the brink of cancellation, we have Supergirl, which caused me to completely lose interest in the book with this story. The first annual holds the second chapter of the Girl of Steel’s battle with the Emerald Empress and her new Fatal Five.

The story is a bit all over the place, setting up future conflicts for Supergirl and at the same time explaining Emerald Empress’ reasons for being in the past – she’s classically a Legion of Superheroes foe from the 31st Century – which ties in to Tom King’s Batman book. None of it feels like it gives me any real reason to care.

About halfway through this issue, I found myself saying, “Oh my God, I don’t care,” which is never a good sign. It may be time to take a break from the Supergirl comic. 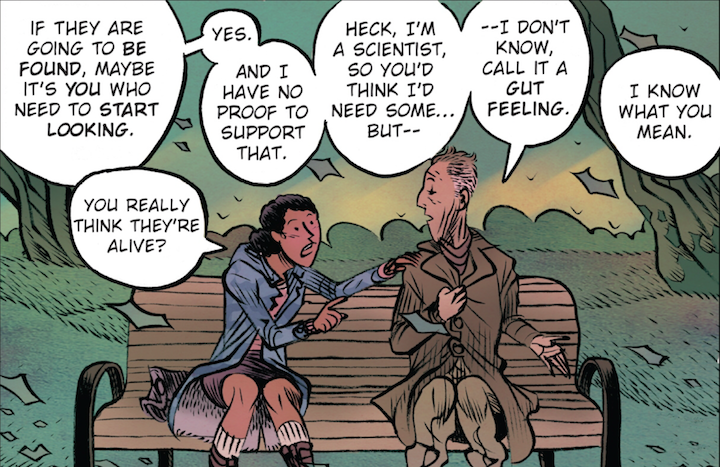 Jeff Lemire closes out the first year of his story of a group of superheroes stuck on a farm with a story that takes place away from the farm. Instead of the day-to-day dealings of the heroes from Spiral City, this issue focuses on the daughter of Black Hammer, the only dead member of the group. 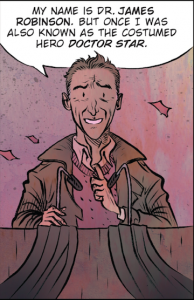 We get to see Lucy’s history, from a young girl experiencing a memorial service for her dad and his colleagues to a young woman who is about to begin college as a journalism student. Lucy wants to shout aloud how proud she is of her hero dad, though her mother wants her to keep it a secret to protect them from his enemies. Lucy gets a little encouragement to follow after her father from former hero Doctor Star, whose real name is James Robinson.

This is a nice little nod to comic book writer James Robinson, who wrote Starman at DC Comics from 1994 to 2001. I love the little touches like this that Lemire adds to his books.

Lucy’s quest to honor her father and then the discovery of his final wishes – that Lucy destroy all of the Black Hammer memorabilia that he had stored away – should help inform the quest she’s on now that she made her way to the farm where the rest of the heroes are trapped. Black Hammer continues to be a must-read book every month, and it’s stories like this that make it so.