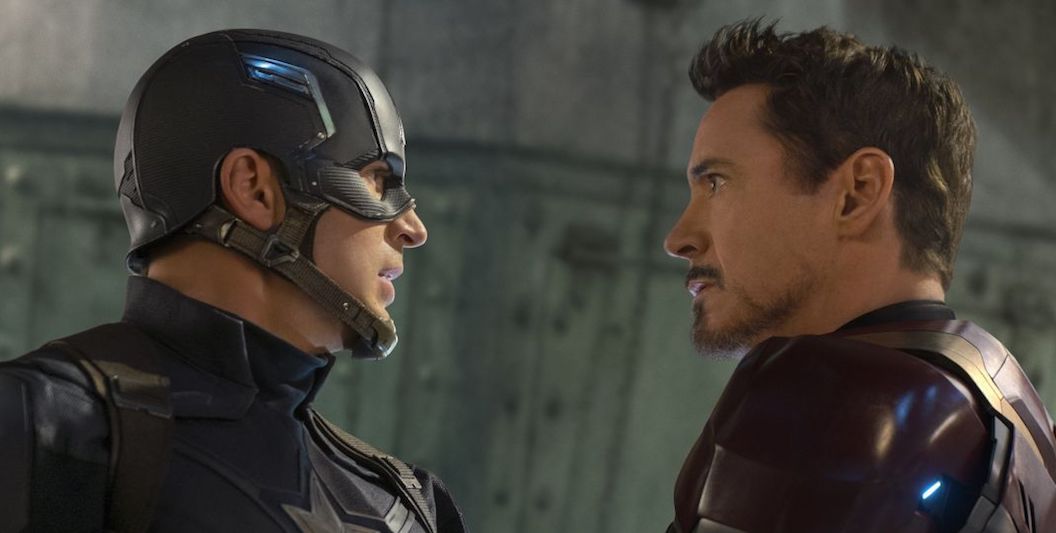 “When S.H.I.E.L.D. fell, Black Widow released Hydra files to the public. Millions of pages. Much of it encrypted, not easy to decipher, but… I have experience… and patience. A man can do anything if he has those.”

The Avengers are torn apart thanks to the machinations of a man overcome with grief over the loss of his family. And his revenge leads friends to take up arms against each other, destroying a German airport and changing the face of the Marvel Cinematic Universe.

It’s a common comic book trope, finding a reason – however flimsy – to pit heroes against each other in mammoth battles where both sides can be seen as being right. And Marvel did this in 2006-2007 with Mark Millar’s “Civil War” series, which saw Iron Man Tony Stark work with the government to register all the superheroes in the U.S. after a tragedy took innocent lives. He had to battle a team led by Captain America, who opposed the registration. The battle tore the Marvel Comics Universe apart, for a while anyway.

The Marvel Cinematic Universe adapted a lot of the themes from the comic book version for the third Captain America movie while integrating the events of previous movies into the story. The Winter Soldier, Bucky Barnes, Captain America’s former best buddy, is the white whale that moves the plot along here. Barnes is framed for blowing up the United Nations while the body is in session in Vienna to sign the accords that would put the Avengers under their control. Cap wants to save him, Stark wants him – and everyone else who opposes the accords – jailed. Of course, having a civilized conversation doesn’t work to work out their issues, so the Earth’s Mightiest Mortals instead turn to fisticuffs.

The man manipulating everyone behind the scenes – Helmut Zemo, a soldier who lost his family during the battle in AVENGERS: AGE OF ULTRON – doesn’t want to take over the world. He doesn’t want to see the Avengers murdered for what happened to his family. He just wants to cause chaos and see the heroes suffer the way he has suffered. It’s… a fairly weak plan that depends on a lot of stuff outside his control to go his way. But no one bought a ticket to CIVIL WAR for the plot. They wanted to see huge battles between superheroes. And they got that. The melee in a German airport is one of the best fight scenes in any of the Marvel movies and the final battle between Iron Man and the team of Captain America and the Winter Soldier is a great choreographed spectacle.

That last fight almost doesn’t happen, though. All three men are getting along. Tony has seen how wrong he was to chase after Barnes, realizing he was framed. But them Zemo shows him video – from, like, 1991 – on a deserted road of Barnes killing Stark’s parents. And then everything goes to hell. The only thing that would have made it better was if Tony’s mother’s name was MARTHA.

The two biggest standouts in the movie went on to later get their own films. Tom Holland gives a spot-on performance as Peter Parker/Spider-Man, as he is recruited to Tony Stark’s side after the billionaire visits his apartment in Queens and hits on his Aunt May. And BLACK PANTHER makes his cinematic debut here, also, seeking revenge on Winter Soldier after T’Chala’s father dies in the explosion in Vienna. It’s easy to see why Chadwick Bosworth got a movie of his own after this performance.

Another aspect of the movie that doesn’t get enough love, I don’t think, is the interplay between Bucky and Captain America’s latest sidekick, Falcon. Sebastian Stan and Anthony Mackie play off each other so well, that I really think Marvel and Disney are leaving money on the table if they don’t make a buddy-cop film a la LETHAL WEAPON to capitalize on the chemistry between the two actors.

With AVENGERS: INFINITY WAR set for release this weekend, it’s a good time to go back and watch this.