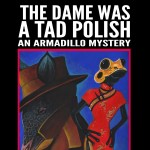 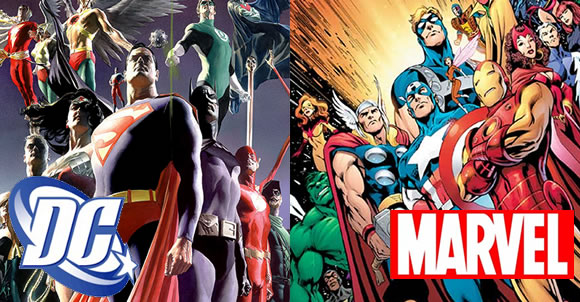 Previously in 10 Things I’d Do If I Ran DC Or Marvel Comics: I’d reduce the number of books being published from 70-100 to a mere 25. No character or team would have more than one book at a time. Giant crossover events are OVER. And continuity would become a thing of the past.

Now, I’m really changing this up. Those beloved #600 issues? Say goodbye to them.

6) Nix the Long Numbering System. Comics’ numbering is meaningless. It doesn’t matter if Action Comics is about to hit #1,000. It’s been consistently published for 75 years, but it doesn’t matter because new readers won’t hunt down and read all 999 previous issues. Especially since 53 of those issues don’t exist. The title was rebooted to #1 for the New 52 universe. Action Comics #905-958 technically don’t exist. DC added the 53 issues from the New 52 relaunch into the Rebirth relaunch renumbering (ugh, so many goddamn relaunches). Detective Comics was similarly renumbered. Marvel has done this so many times with different titles, it’s ridiculous. For new readers, it’s too intimidating to see “issue 332.” Chances are they’ll feel lost.

Plus, look how many fans, new and old, bought early issues of Ultimate Marvel comics, the New 52, and the recent Rebirth titles. When DC rebooted their whole universe after Crisis on Infinite Earths, sales skyrocketed because it was fresh and inviting. New #1 issues don’t just sell for collectors. Fans see them as jumping on points. But many times, these #1s are inaccessible because they’re carrying over from a previous series, sometimes with the exact same creative team! There’s still baggage behind rebooted titles.

My proposition: treat every title like a mini-series. Creative teams get 4 to 12 issues. If a team wants a longer run, they submit plans like a television series with a rough end goal in mind. With these, each mini-series is like a season. like DC’s Injustice or Ed Brubaker & Sean Philips’ Sleeper: Season 1, Season 2, etc.

This way, if a book isn’t selling well, they can at least finish off their run. Maybe it’ll sell better in collected form. Even if their next season isn’t “renewed,” the story ends on a satisfying note. Maybe fan demands will bring them back after another team has had their run! I should be clear: they needn’t tell only one story in this mini-series. If they want to do one-shot issues ala classic comics or most of Kurt Busiek’s Astro City? Let them. But they’re still in 4-12 issue blocks.

Along with my other rules, every character doesn’t need a monthly book. Maybe Captain America doesn’t get a book for a while so Black Panther has a turn. Maybe Iron Man takes a break and War Machine gets a 6 or 12-issue run. This keeps characters fresh. It removes the need for “fill-in” issues. Plus, you can plan the next title ahead of time, giving slower teams more time to finish the project, with a guaranteed higher quality.

These clear-cut books would be subtitled accordingly to sell them as books, not just “the latest issue of Superman.” This makes it easier to identify and recommend books, especially once they’re collected. So someone can say, “Oh yeah man, you really need to buy Hulk: Greener Pastures.” Or, “Why haven’t you bought Justice League: Oh God Starro’s Back?” Or, “Oh cool, Iron Man: Suit Up!” Or, “Here. Your own copy of The Flash: Dammit Barry! Thank me later.”

7) Quarterly Short Story Collections. Since titles like Action Comics and Detective Comics wouldn’t exist anymore, I’d make them something new: quarterly short story collections. Naturally, you’d get something similar from Marvel. Perhaps a quarterly What If? These would be giant-sized issues (like 80-page giants) packed with short stories.

They’d not only showcase new creative teams, but also be tryouts or previews of upcoming books. And here’s the big difference with these: you make it open for submissions for anyone. Treat it similar to Image Comics where you must have a full creative team in place (writer, artist, letterer, etc) and submit sample pages. This is a way for new talent to get tryouts.

8) Expand the Target Audience. Make great books that appeal to both adults and young readers alike. Make an amazingly accessible Shazam or Amethyst, but get top notch creative teams and market them like Bone or Amulet. Imagine getting Raina Telgemeier on a Teen Titans book! How about Lumberjanes’ creative team on Birds of Prey?

Naturally, I’m not just talking kids here. These characters are malleable enough to fit even mature ratings. How about a Batman book that fans of Christopher Nolan’s movies could enjoy? With the above system of essentially limited series or seasons, you can do that. And here’s the next important part related with this:

9) Imprints: Vertigo eventually became its own separate entity, similar to WWE’s NXT. It was still part of DC, but largely self-operated. A few years ago, the imprint was consolidated with the DC offices and is an imprint in name only. Marvel has a similar imprint in Icon. I’d bring those back where they would be self-managed with its own editorial team.

In order to separate these books from one another, I’d have imprints with specific target audiences in mind. Vertigo or Max for mature series. A specific kids imprint for the above books like Shazam and Amethyst. It’d be similar to what Marvel attempted in the 90s with the Avengers, Spider-Man, and Edge imprints; minus forcing continuity among them. But even the big superhero titles could interchange within these imprints. Sometimes you could get a Batman Vertigo book. Sometimes, you’d get a DC Kids Batman book. But you wouldn’t have both at once.

Much like book publishing, creative teams must clearly state their intended audience. Again, ideally, you’ll want books that even when they’re aimed at kids, an older audience can enjoy them, too. For example, the animated series spin-off comics like Batman Adventures was aimed at a younger audience, but were so well written and drawn, anyone could enjoy them. Jeff Parker’s run on Marvel Adventures Avengers was the most talked about Avengers book at the time. You write them in a way that’s aimed at kids without talking down to the audience.

Those quarterlies I mentioned? Maybe have certain ones aimed at certain audiences: Action Comics for Teens and up, Detective Comics for Mature Audiences, etc.

By cycling out creative teams in seasons, you get short or long runs on a variety of books – a fantastic, self-contained books for a wide array of audiences. Keep in mind that you would need to keep collected editions of these books in print. After all, if the current Spider-Man book is for mature audiences, you’ll want something to recommend or sell to younger audiences.

10) Incentives for Monthlies. These rules might sound like there’s less need to buy monthlies. I’ll admit, as a buyer of only collected editions, I’m biased towards that market. If it were me, I’d make all the books graphic novels, instead. But I do understand people enjoy their monthlies because they’re cheaper to try a new comic out, they like collecting, and there’s less risk if the book doesn’t do well. So what do we do with the monthlies?

I’m taking an idea from Ed Brubaker and Sean Philips’ work like Criminal, The Fade Out, and Fatale: treat the monthlies like magazines. Add a few more pages to each issue. Not many; maybe five pages at the most. This would be exclusive content for the monthlies. Treat the monthly a little like a magazine. Include interviews with creators on that character from bygone times, analytic articles on the character or stories, codes for online content like desktop wallpaper, a letters page, games for younger audiences. Heck, how about digital codes for coupons to see the latest comic book movie (discounts, not full tickets)? None of this would be included in the collected editions.

So that’s it, folks. Quality over quantity. A focus on individual titles rather than sprawling events. Self-contained mini-series or TV series-like seasons instead of intimidating, long-running titles. A wider net for new creative teams. An attempt to draw in a bigger, more diverse audience by offering new kinds of titles.

Would it work? Or would it only turn DC or Marvel Comics into a giant dumpster fire? You decide!

The DC Universe Is Coming!

Coming Attractions – The Movies of The First Half of 2018

Bats Enough 2! – DC Elseworlds Stories That Need To Be Animated