Revisiting The West Wing in a Time of Political Chaos 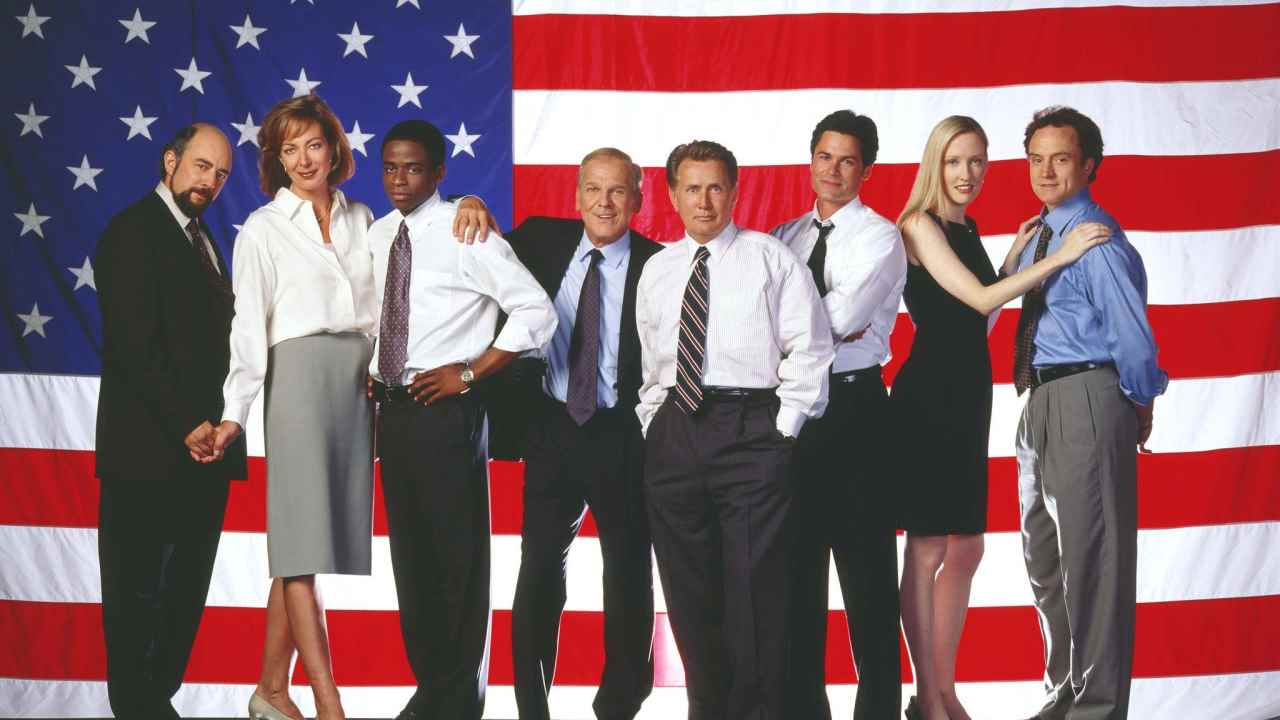 “Then make this election about smart, and not. Make it about engaged, and not. Qualified, and not.”

As we enter the final three weeks before the end of the 2020 election season, there is clearly very little resemblance between what’s happening in the world today and the idealized political world that Aaron Sorkin created in 1999 with THE WEST WING. The (mostly) respectful battle of wits between Democrats and Republicans that served as a backdrop for the series’ look inside the White House is like a dream that’s begun to fade from memory upon waking.

More likely, it never was like that, not in reality. But the magic of The West Wing – and especially the first four seasons under Sorkin – was that it allowed people to believe that it was possible. A small group of individuals coming together to try and better the world, fighting to overcome the odds professionally, respectfully and with dignity. Politics could be a played under a code of honor that left people better in the end.

That’s really not how politics works.

But during the special airing of a stage rendition of the third season episode “Hartsfield’s Landing” streaming now on HBO Max, we were given a chance to come back into that world as the original cast brought their performances into the present day. And the hour-long special – set up with the non-partisan non-profit When We All Vote – argued that we could have that world, as long as we make our way to the polls to vote in this election.

In addition to the stage reading of the episode, the special including little act breaks where the cast of the show and some special guests – including former First Lady Michelle Obama, former President Bill Clinton, Hamilton creator Lin-Manuel Miranda and Samuel L. Jackson – spoke on some of the more common misinformation out there about voting. The segments were informative, witty and fun to watch, but I couldn’t help but think that the people watching a special presentation of The West Wing probably knew everything that was said. The appeals to vote to protect the rights of citizens from coast-to-coast were certainly more salient, but even then, the special was likely preaching to the choir.

But that’s ok, because sometimes these things need to be said. During a time when we are repeatedly blasted with political news, inundated with the chaos that comes from the world in which we live, a reminder of what we are fighting for – or against – can be a rallying cry when it’s needed the most. And, in the age of social media, video of what was presented in the special can be shared and seen well beyond the scope of the original audience.

“Hartsfield’s Landing” centers around the U.S. intervention into a conflict between China and Taiwan, against the backdrop of the New Hampshire primary vote in a small town called Hartsfield’s Landing. The town, it is said in the episode, has accurately predicted the winner of the presidency for decades. The episode also spends some time advancing the story of the division between President Josiah Bartlet and communications director Toby Ziegler, who caused the president some sleepless nights after an argument about re-election and the president’s father.

That scene between Toby and the President is where the quote at the top of this piece originates, and I wouldn’t be surprised if it’s the reason why this episode was chosen to produce as a special. While this was pushed as a non-partisan” event – and for the most part, it wasn’t blatantly partisan – but there were head nods towards the liberal bent that most would attribute not just to the show but to the show’s creator and many of its cast. When you consider the names of the guests who contributed, it’s clear HBO and Sorkin know their audience leans pretty clearly to the left.

As for the episode itself, it was nice to see the cast come together and their chemistry has not diminished in the years since The West Wing went off the air. The only missing piece, of course, was John Spencer, who died during the show’s final season. He was an important part of the series and also an important piece of this episode, so casting a heavyweight to take on the role made sense. And Sterling K. Brown did a great job (or an adequate one, as Dulé Hill humorously told him during an act break). He didn’t try to imitate Spencer’s unique delivery, instead allowing his own tendencies to melt into the action around him.

As happy as I was with the part Brown played, having Samuel L. Jackson speak during an act break made me wish he was the one playing Leo. Long before I ever saw an episode of The West Wing, I associated Spencer with Jackson in 1998’s The Negotiator. And now, I kind of want to throw that on to watch.

I had a great time watching this special, I only wish they had chosen a different episode, as Hartsfield’s Landing has never been one of my favorites. Since we’re so close to the 2020 election, I would have tried to produce the fourth season premiere – 20 Hours in America Parts 1 and 2 – to put on. That episode had a bit more location shoots, though, as opposed to taking place completely within the White House, so it may have been a bit more difficult to produce. But it does feature my favorite scene, which could have easily been a campaign ad. And since we started this with a Toby quote, we’ll end it with an interaction between Toby and Josh from that episode.

Toby: If our job teaches us anything, it’s that we don’t know what the next President’s gonna face. And if we choose someone with vision, someone with guts, someone with gravitas, who’s connected to other people’s lives, and cares about making them better. If we choose someone to inspire us, then we’ll be able to face what comes our way and achieve things we can’t imagine yet. Instead of telling people who’s the most qualified, instead of telling people who’s got the better ideas, let’s make it obvious. It’s going to be hard.

Josh: Then we’ll do what’s hard.