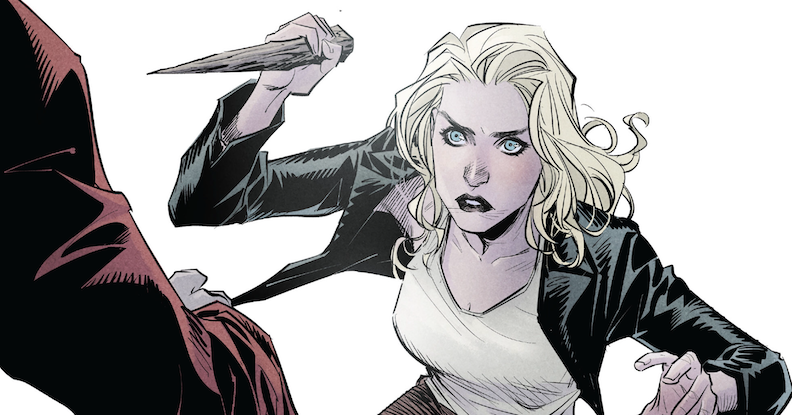 The new incarnation of the TV show is wasting little time in reintroducing some familiar faces.

I’ve been really enjoying the new Whedon-verse books so far. And with each passing issue, I think this comic is becoming my favorite of the two. It’s not really much of a surprise. I ended up enjoying the ANGEL TV show more than I did Buffy (though I loved both). Additionally, Bryan Edward Hill has quickly become one of my favorite writers over the last couple of years.

But Angel is not complete without his team. On the TV show, that team took the form of Angel Investigations and then as employees of evil law firm Wolfram & Hart. In this new incarnation, we’re all still getting acquainted, but there’s a world of possibilities.

Last issue, Angel saved Winifred Burkle. In this issue, we get our first tease of Charles Gunn.

Though the series is still very young, we’re already building to a big event crossover with the Buffy series – Hellmouth – that will finally bring Buffy and Angel together. Their next first meeting was teased here, with Angel imagining the Slayer killing him. I guess history repeats itself.

Hill continues to nail the tone and tenor of Angel, and the build to whatever comes with the Hellmouth crossover feels like it’s going to be amazing.