About That Veronica Mars Finale 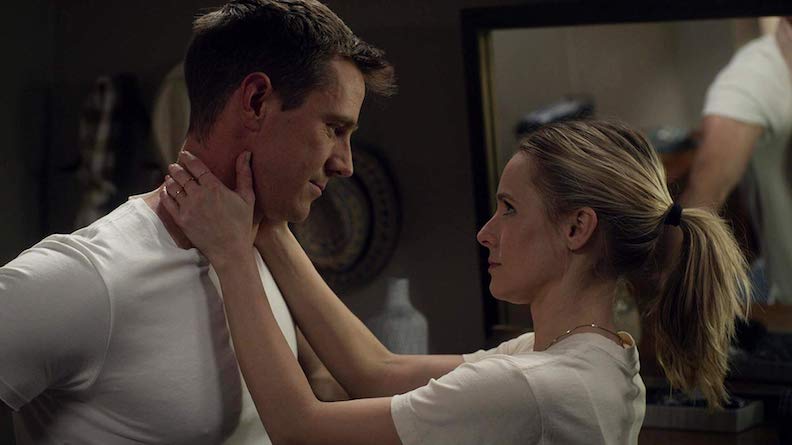 I’ve become pretty good about avoiding spoilers on TV shows and movies I’m excited to see. It’s not always perfect; sometimes I find out the broad strokes of what to look for at the end before I get to the finale. With season four of VERONICA MARS, I knew something bad was going to happen when the last episode of the Hulu miniseries came to a close. I just didn’t expect the death of Veronica Mars’ on-again, off-again boyfriend Logan Echolls (Jason Dohring).

Although, maybe I should have seen it coming all along.

After the storybook reunion of Veronica and Logan in the 2014 MOVIE, it probably seemed inevitable that the two lovers would eventually get married. That’s television, right? A happy ending for all of our favorite characters is the staple of our entertainment. And fans who have been watching the series from its inception have been rooting for Veronica and Logan to overcome the obstacles of their corrosive personalities to find the perfect life together.

As season four started, it seemed like Logan had put in the work to make himself a better person. With a little help from therapy, he had managed to set aside the anger that made him such a jerk in his younger days and it looked like he had finally achieved a level of self-fulfillment.

From a narrative standpoint, that’s almost never good, especially when the character is pushing another to make the same kind of effort at self-improvement, as Logan did with Veronica throughout the season. But our favorite former teen detective didn’t see a point in changing. Why should she? Every time she’s tried to move forward with her life, she’s dragged backwards. It was usually because of Logan, who was never the most positive influence on her life. After all that time taking the low road to meet her paramour, now she’s expected to raise herself up?

Veronica Mars is not a happy character, always looking at the other side of the fence and admiring the greener grass. She spent her teens and early 20s wishing that she could leave Neptune. When she finally does, she’s eventually pulled back. And of course, part of her regrets that. A happy Veronica Mars doesn’t work within the conceit of the show that bears her name. Her drive comes from her self-inflicted angst, which also keeps her in a small community where she can be a bigger fish. Everyone knows Veronica in Neptune, which allows her to close herself off and not have to let new people in to her life.

To make matters worse, the decisions Veronica makes always have consequences, but they almost always hit those closest to her harder than she gets. Veronica’s karmic retribution comes from the residual bad hands her friends are dealt because of her actions more than any direct attacks.

Angst, sadness and internalized rage are the things that keep Veronica Mars going. Without those things, she becomes a different character entirely. And when she finally accepted Logan’s proposal of marriage, it signaled one of two things would happen: either something bad had to happen between her and Logan or the eight episodes of Veronica Mars on Hulu would be the last we would see of the character.

So, while I was surprised when Logan Echolls was killed in a final act of defiant revenge by the Neptune Mad Bomber (played exquisitely by Patton Oswalt), the move kind of made sense in terms of the world of Veronica Mars. The couple had just gotten married minutes earlier. They were getting ready to leave for their honeymoon. Combined with the news that Veronica’s father wasn’t suffering from CTE, and all the money they collected from the Mad Bomber case, it was, as Keith Mars put it right before the wedding, “the best days of [their] lives.”

Everything was ending way too clean for Veronica and her loved ones.

The irony is that up until this season of the show, I could never stand Logan and actively rooted against his relationship with Veronica. I know, I’m in the minority. The whole reason they were thrown together was how well Jason Dohring and Kristen Bell interacted on screen and how much fans wanted them to get together. But Logan was never a good guy, and he never seemed worthy of that kind of affection.

Until the first episode of season 4. He was a completely different character, and he was finally someone I could get behind.

I really didn’t want to see Logan die. I never thought I would write or say those words, but that’s where I was by the final episode. I was rooting for them, the way others have for years. But I understand why he needed to die, especially if creator Rob Thomas can find a way to do more of these short, streaming seasons.

For VERONICA MARS to continue, she needs to have something in her recent past to drive her. At the start of the series, it was her mother abandoning her and the murder of her best friend. But as much pain as abandonment and murder cause, it could only maintain someone’s intestinal fortitude for so long.

I don’t know if we’ll get more episodes of VERONICA MARS on Hulu. If this was the last we see of the character, it was certainly a fitting end, as she drove away from Neptune one year after Logan’s death. But there’s potential for a reinvented show, a traveling hero for hire detached from everyone she helps, hoping that the karmic retribution won’t rain down on others.