The Beginning of Nothing 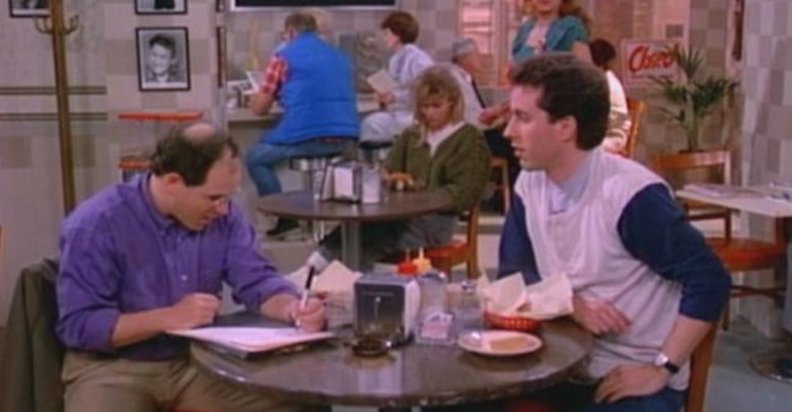 It eventually become one of the most celebrated sitcoms in American history. More than 20 years after it went off the air, people still quote it, and many of the references that originated on the show have become cultural touchstones and household phrases.

But Seinfeld wasn’t always the most talked about show on television.

When it debuted, 30 years ago today, most people didn’t take notice. A summer filler series, starting the night after Independence Day, usually doesn’t have much of a chance of becoming a long-standing hit. The debut episode was only meant to be a one-off to burn off a pilot that the network had never aired.

“The Seinfeld Chronicles,” as it was called, was a very different show than what people would come to know. Julia Louis-Dreyfus, who played Elaine on the series, wasn’t part of the original episode. She would later say that she didn’t even know the episode existed until the series was released on DVD in 2004. Michael Richards’ Kramer was there, but he was only referred to by name once, and he was called Kessler. The show would later pay that off later as a gag during an episode that flashed back to when Jerry moved into the apartment.

The plot of the episode had comedian Jerry Seinfeld getting a call from a woman he met on tour, asking if she could stay with him while she’s in New York City. Jerry then obsesses with his best friend George Costanza (played as more of Woody Allen-type by Jason Alexander than he would later be) over whether this means Jerry will be hooking up with the woman.

The pilot episode set the tone for the early years of the series, as the show featured stories about the more humorous side of ordinary events from every day life.

Thanks to some favorable reviews from critics and some executives who thought they had something, NBC ordered more episodes. But it would be almost a full year before Seinfeld returned to the airwaves. The “official” first episode of the first season would air on May 31, 1990. Not including the pilot, the first season had a total of 4 episodes.

It still took some time for the series to grab that foothold into the national consciousness, but it managed to creep its way in eventually. When the show was picked up for a 12-episode second season, it started to really find its groove. Some of my favorite episodes come from that set, including The Jacket (where Jerry buys an expensive jacket right before meeting Elaine’s hard-drinking author father) and The Chinese Restaurant (where Jerry, George and Elaine spend 22 minutes waiting for a table at a Chinese restaurant before going to go see Plan 9 From Outer Space).

The second season was well-received, Seinfeld was picked up for a full third season, and the show was well on its way to becoming a national phenomenon.

But it all started on this day 30 years ago.