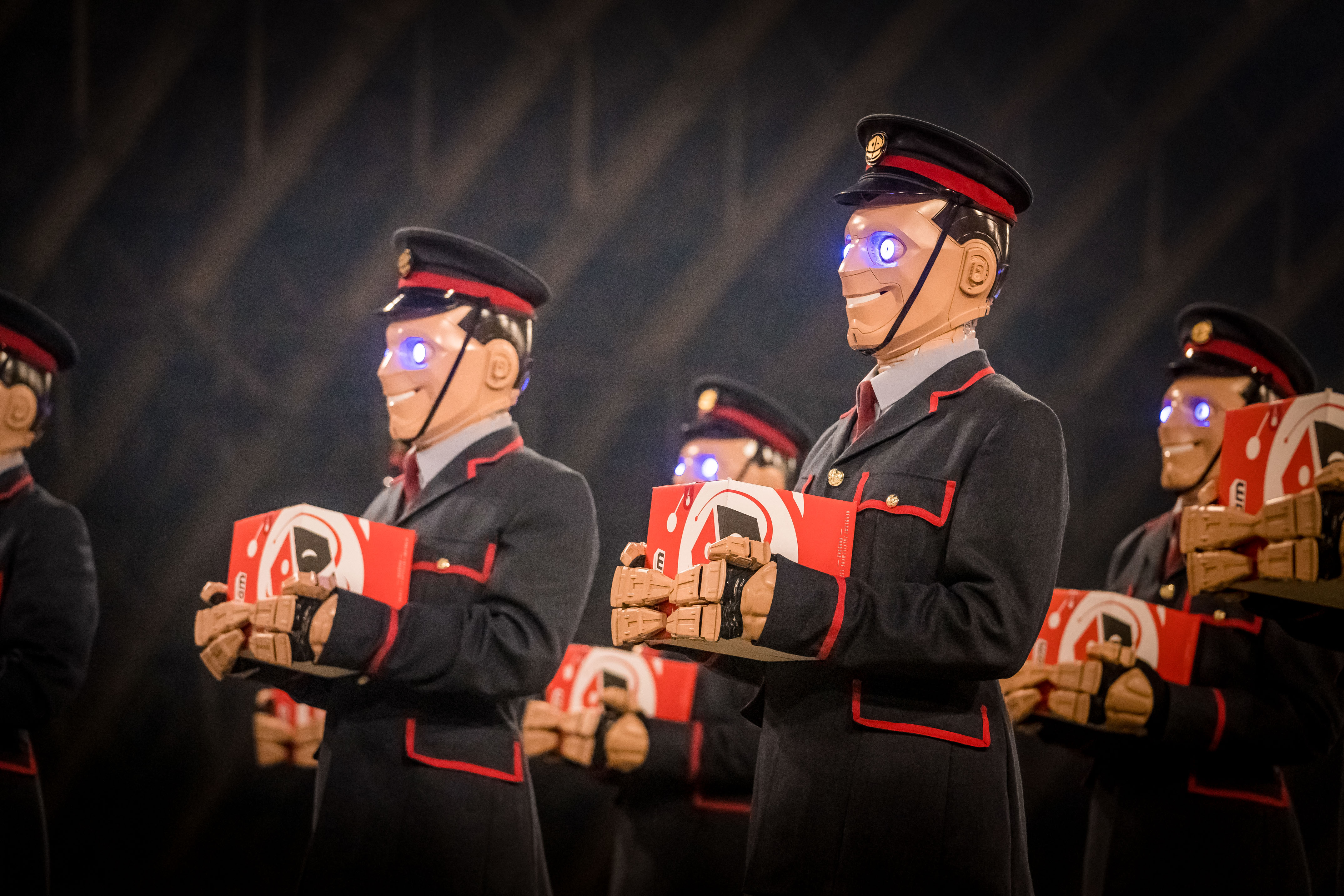 A none-too-subtle, but very entertaining episode!

Doctor Who is not really known for understated messages. While it has pulled some masterfully layered lessons throughout its history, it mainly goes for grand statements. Certainly, it’s impossible to miss who “Kerblam” is parodying with its titular subject being the largest retailer in the galaxy, with instant space delivery. But that doesn’t stop this episode from being one of the better entries of the season.

We start with a rarity for The Doctor: a mail delivery! From the depths of space comes The Kerblam Man, a robot sentry with a delivery for her. But on the back of the postage slip is a message calling for help. So the team makes their way to Kandoka’s moon, which Kerblam turned into one massive shipping center.

As they arrive, our heroes decide to go undercover, posing as new workers at Kerblam, rare additions in a company that’s 90% automated. The Doctor and Ryan head to the packing stations, Yaz grabs products from the warehouse and Graham works as a janitor. The team members all learn that robots, called TeamMates, direct worker productivity.

Through chatting with their co-worker Kira, The Doctor and crew learn that several Kerblam employees have recently disappeared. One warehouse worker, Dan, is attacked by a Kerblam Man after offering to get a package in Yaz’s place. When The Doctor hears about the incidents, she goes to Judy Maddox and Jarva Slade and demands they look into it. If not, they’ll have to answer to her. This scene is Jodie Whittaker’s first chance to show hints of the fury of the Time Lord, turning her voice to ice to make it clear that her threat is more than just words.

Now that they know danger is afoot, the TARDIS team takes it up a notch. Graham finds a diagram of Kerblam’s layout, while The Doctor, Yaz and Ryan break into Jarva’s office. They discover that he’s been keeping track of the missing people. Joined by Graham, another janitor, Charlie, and Judy, they meet another Kerblam Man, who attacks Charlie until it’s beheaded by Judy.

To find out why the system is going haywire, The Doctor works to get the original source code from Kerblam Version 1.0. As she works though, Kira is abducted by the Kerblam Men, who take her to dispatch, where no people are allowed. In a thrilling action scene, Yaz, Ryan and Charlie ride the conveyer belts down into dispatch, falling between ramps and dodging decontamination lasers. Meanwhile, The Doctor patches in and learns that the “Help Me” message came from the Kerblam system itself!

Kira sadly dies opening a gift delivered to her, which contains a single piece of bubble wrap. When she pops it, it detonates, killing her. Charlie, who had a crush on her, quickly reveals that he had weaponized the material. His plan is to let all the Kerblam shipments go out at once, with the bubble wrap killing hundreds of people. His motive was to prevent automation from making human workers redundant, by causing customers to blame the Kerblam system with no human oversight for the deaths. However, the Kerblam system was aware of Charlie’s plans and tried to fight back, first by sending that message to The Doctor and then by killing Kira, so he’d know the pain that others will feel.

But Charlie won’t be deterred from his mission. So The Doctor reprograms all the Kerblam Men to deliver to themselves and pop the bubble wrap. As the dispatch detonates, The Doctor teleports everyone out of there while Charlie dies in the explosion. With a mission to rebuild Kerblam, Judy and Jarva move to make it a human-driven organization. With that, our heroes depart.

While not particularly light-hearted, with loads of deaths, “Kerblam!” is a nice change of pace from last week’s excellent but heavy episode. With a quick-moving plot, a decent mystery, some strong action scenes and a great twist, it’s another strong and enjoyable hour of Doctor Who. On to the next one!