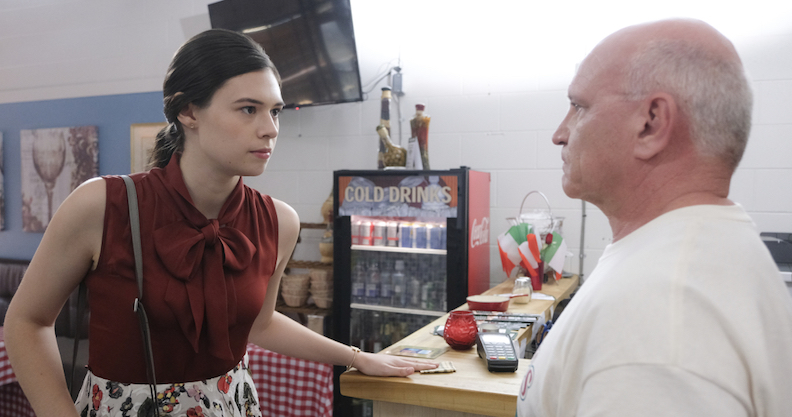 National City – and the country – face the consequences of the President being outed as an alien, as the bad guys advance their agenda.

Well, last week’s politically-charged season premiere wasn’t a one-off. The country continues to face a divide over the growing number of extraterrestrials in the world, including the President of the United States, Olivia Marsdin. Of course, since this is clearly a violation of Article Two of the Constitution, the episode kicks off with Marsdin stepping down from the office, and Supergirl putting a stop to a near riot between opposing factions outside the White House in what should become an iconic scene for the series.

After foiling a plot from Mercy and Otis Graves, and capturing Otis, last week, Mercy is back to fomenting revolution among those who hate aliens. This time, though, she’s hacking into L-Corp technology and breaking into the building to try and disable the image modifier the company was selling to make the aliens look human. Lena, thankfully, is seemingly just as good behind a keyboard as Felicity Smoak and is able to kick Mercy out of the system, leading to a breach of the L-Corp offices.

Supergirl can’t save the day, though, because she was with Lena as Kara and Lena tried to protect Kara from Mercy and her goon squad. It gave Kara the opportunity to use her powers – and her communications with the DEO – on the sly to help Lena and her assistant, MISS TESSMACHER!, get to the basement. Finally, Kara was able to change to Supergirl and save the day, capturing Mercy and sending her to DEO prison.

The process would have been easier had Brainiac 5 not been flustered by his experience going to get pizzas for the DEO. He was in the pizzeria when his modifier went offline, and the pizzeria staff attacks him. He would have been fine, thanks to his Legion flight ring, but new CatCo reporter Nia Nal, steps in and pushes them back.

The inclusion of Nal in this season has gotten a lot of press, heralding the first transgender character on a superhero TV show, and she lets James Olsen in on her identity as she was pushing him to take a stand against the hatred in the country. The reveal felt a little forced and at the same time predictable that they would use Nal’s identity to tie in to what’s happening with the discrimination against the aliens. It wasn’t a complete fail, though, and I hope they can handle it better as the season progresses.

Another predictable aspect of the episode was Mercy and Otis convincing a DEO officer that the agency he works for is evil for supporting aliens and getting him to let them go. You’d think the agency would have a better psych eval before they bring people on to avoid a contrived situation like that.

SUPERGIRL is going out on a bit of a limb here with the season’s opening story, as it’s going to be tough to thread a political needle with the way the world is, but there’s a lot of potential with this story, despite the first couple of episodes being a bit on the weak side. I expect things to heat up, though, as we get deeper into the origins and plans of the Agent of Liberty.