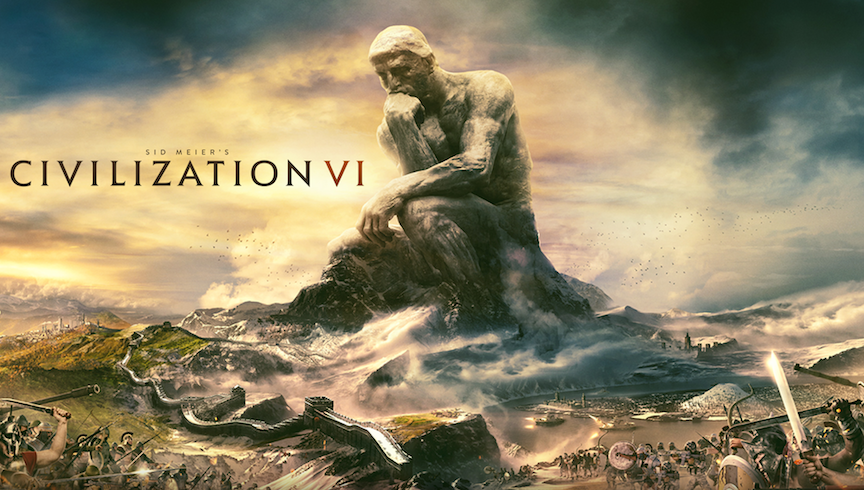 iPad users who enjoy turn-based strategy games got a great early Christmas present this year: Civilization VI is now playable on the Apple tablet! Be prepared to lose huge chunks of time in 2018!

I’ve been playing Civilization games since the second iteration. I bought Civilization II because it was one of the few games available on my MacBook laptop when I got it back in 1997, and I’ve been hooked on the game ever since. The turn-based strategy game took the concept of nation-building and the evolution of society and turned it into a game that not only sucked you in with all the different ways to play, but the game was also funny. It was so easy to get pulled in and the idea of playing JUST ONE MORE TURN became a mantra for players staying up all night to build that wonder or try and finally capture that neighboring city.

I spent so many nights in front of a computer with each successive Civilization release, obsessing over what to do next – should I build up my army and win a military victory? Should I try to win the hearts of the known world through culture? Diplomacy? No two sessions were alike, and that just built the legend and the legacy of Sid Meier’s greatest creation.

When Civilization VI dropped on PC and Mac in 2016, it was the first version of the game that I didn’t buy, because my recently-purchased MacBook Air didn’t have the specs to play it. I spent most of the last year idly picking up Civ V instead.

On December 21, though, an amazing thing happened. Civilization VI became available via the App Store for iPad.

It’s not the first Civ game to be made available for the tablet. In 2008, Firaxis and 2K Games released Civilization Revolutions exclusively for iOS and home consoles, and it was followed up with a sequel in 2014. I always found Revolutions lacking, though, and it never managed to suck me in the same way the main games did. Thankfully, we now have a more true-to-form experience to get a Civ fix on the iPad.

I had heard some griping about the new game from people who had played it, so I’ll admit to being a little wary of spending money on the game. Thankfully, I didn’t have to pay to see if I would be sucked in. Civilization VI on iPad is a free download – as long as you’re OK with just playing a game for 60 turns. It’s just a brief taste, because while 60 turns could last for hours late in the game, as you move your troops, set up districts in your cities, negotiate treaties and so on and so on, 60 turns at the beginning of a Civ game just isn’t enough. That first Settler will likely take 10 turns or so, and just as you’re getting the hang of things and you want to deep dive into something, you’ve hit that limit and the game is over.

After playing a couple 60-turn games as China, I finally bought the full game on Christmas Day. I got an iTunes gift card in my stocking (thanks, Santa!), which helped defray the cost of the full game, though I wouldn’t have been opposed to paying the full price. Most of us have gotten used to paying so much more for Civilization. I stayed up much too late last night getting used to the intricacies of the game and the new player options, going through close to 200 of the games 500 turns. Creating districts in tiles surrounding cities and getting a leg up on technologies through “Eureka moments” were nice touches. The changes didn’t feel like they took away from the Civ experience at all, and it got me involved in the more minute details of the game. If I hadn’t been exhausted from Christmas day (not to mention the need to be in a car for 5 hours today so I could make it to work), it’s entirely possible I would’ve been up all night with it.

The Doctor Is In… Your Phone!