Supergirl S3x03 – FAR FROM THE TREE 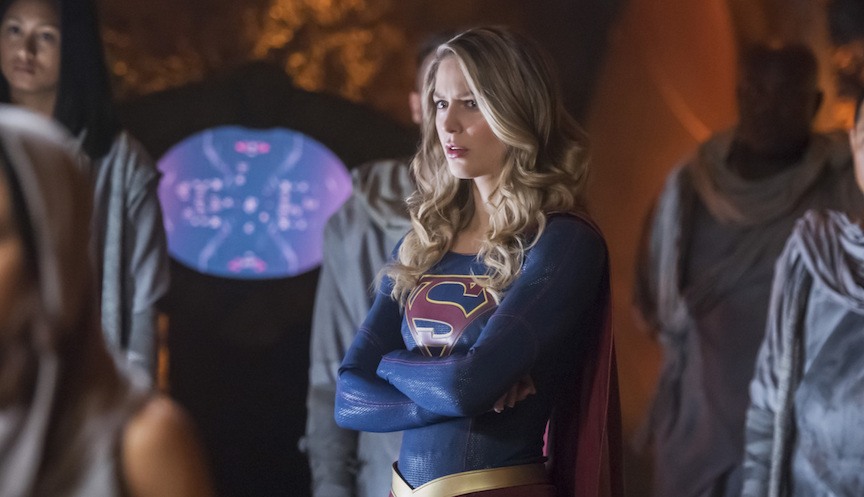 The approval of fathers from Earth all the way up to Mars play a major role in this week’s episode of SUPERGIRL, as J’onn J’onzz is called to his home planet by Miss Martian. Meanwhile, on Earth, Maggie Sawer’s reunion with her father doesn’t go quite as well as her fiancee, Alex, would have hoped.

After two episodes of Supergirl being mopey and needing her friends to pick her up as a result of sending Mon-El away to save his life, the show injects a little bit of the old magic back in with the season’s third episode. It helps that the main issues dealt with this time around belong to other characters, so Supergirl can serve as support to her friends the way they’ve been leaned on for support in the previous two episodes.

The last episode saw M’gann M’orzz appear to J’onn and tell him his help is needed on Mars. When he goes to put Kara and Alex in charge of the Dept. of Extranormal Operations, Supergirl decides that he shouldn’t go alone. The pair hop in a classic car in J’onn’s garage – which shapeshifts into a small spacecraft – and head off to the Red Planet. There’ M’gann and her band of rebel White Martians tell J’onn that they need his help finding the location of a staff to fend off the main White Martian army. Why do they need J’onn’s help? The only person who knows where the staff can be found is J’onn’s father, who has been believed dead for a couple centuries.

After some gags where M’yrnn J’onzz believes his son to be a White Martian trying to trick him, J’onn is finally able to get through to his dad, who joins the resistance fighters before escaping back to Earth with his son and Supergirl.

The daddy issues aren’t limited to Mars this episode, however, as Maggie Sawyer reaches out to her parents, who she’s been estranged from since she first admitted to liking another girl as a child, to tell them about her wedding and invite them to a wedding shower Alex’s mother, Eliza, is throwing. Maggie’s father actually does show up in National City, seeming to want to rebuild a relationship with his daughter, but gets angry when he sees Maggie and Alex kiss, and storms out. 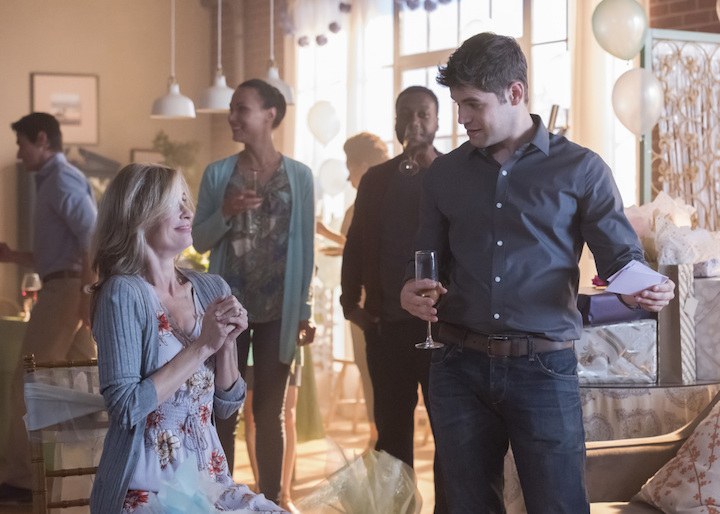 This is where the episode begins to fall apart for me. When Maggie confronts her dad, played by Carlos Bernard, he lectures her about how he had to fight for acceptance as a Mexican and all he wanted was for his daughter to be accepted. He didn’t want her to flaunt an alternative lifestyle that would make it harder for her. He also references how the government of his country wants to build a wall to keep Mexicans out, because they’re all seen as murderers and rapists, quoting the President on our Earth and his reasoning for his pet project.

The problem being, of course, that Donald Trump isn’t President on Supergirl’s Earth. The President there (played by former Wonder Woman Lynda Carter) is an alien herself (the outer space kind, not the foreign kind)! The show got weirdly preachy out of nowhere about a real world policy, which was an odd left turn from what I was expecting – getting preachy about equality and tolerance for people who identify as LGBTQ. It felt weirdly shoe-horned in to the story, and made what should have been a poignant moment between Maggie and her father all about getting a shot in at the President.

It felt really unnecessary, and I hope the Supergirl showrunners keep their distance from this sort of thing in the future, as it marred what I felt was a much stronger episode than the two previous weeks.

• When Supergirl confronts the evil White Martian army, she claims that she took a left turn at Albuquerque, a nice little gag to old Bugs Bunny cartoons, where the rabbit ends up somewhere unexpected following an underground burrowing.

• After two episodes that featured them prominently, both Lena Luthor and Samantha Arias (the new head of L-Corp) are completely left out of this episode.

That’s all for this week. Be sure to check out Joe’s recaps of THE FLASHand LEGENDS OF TOMORROW, and then I’ll be back later this week with ARROW and this week’s ARROWVERSE POWER RANKINGS!