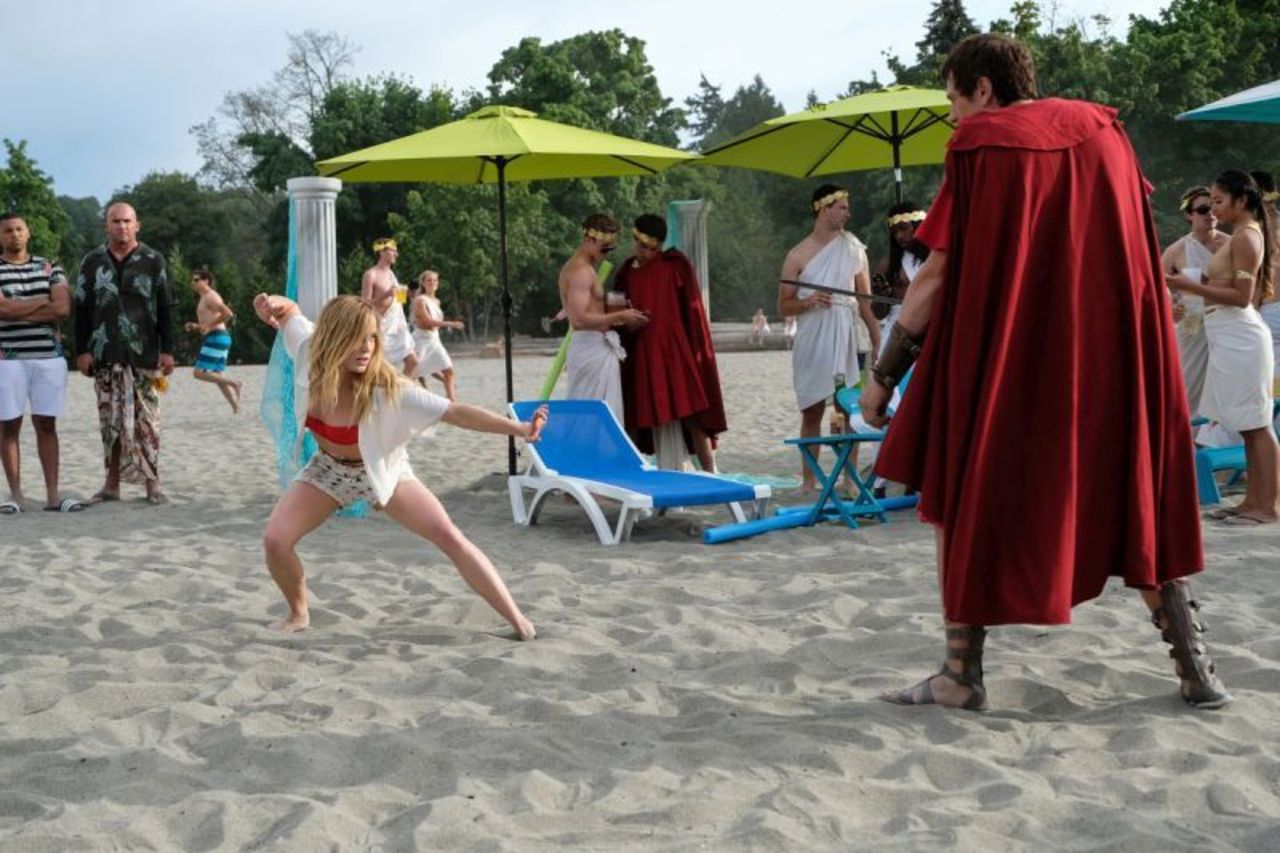 History most famous, or infamous, time traveling misfits are back! Yes, it’s a new season of LEGENDS OF TOMORROW. And Casual Geekery will give you the up-and-up on this show that will hopefully only continue to get crazier!

We start exactly where we left off. The Legends saved reality from the Legion of Doom, but as a result, they interacted with their past selves and broke time itself. They wind up in a jumbled together Los Angeles that features everything from Big Ben to dinosaurs. Problematic to say the least! But right before the team takes on a T-Rex in battle, Rip Hunter shows up with a team of time agents who start restoring the timeline to its proper form. In an immediate twist, it turns out that five years have passed for Rip, who spent the time building up his own Time Bureau. With his new team quickly and efficiently working to clean up the mess, he tells the Legends they are relieved of duty.

Six months later, we get a funny sequence of the team trying to adjust to civilian life. Sara Lance/White Canary is barely resisting the urge to kill her boss at a department store. The Atom/Ray Palmer’s shrinking tech goes under-appreciated at a dating app start-up. Nate Heywood/Steel is newly single and fighting crime in Central City. And Mick Rory/Heat Wave gets what he always wanted, relaxing in Aruba. That is, until Julius Caesar walks up to him.

For the Legends, this appears to be their chance to get back in Rip’s good graces and fix a problem. But as Caesar escapes into a spring break toga party (of course he does!), Mick and the time agents wind up grabbing some teen in costume, rather than the genuine article. But this mistake, combined with no anachronism appearing in the Time Bureau’s database, leads him to dismiss the team. While the show has never really known what to do with Rip, this role as the antagonistic, by-the-book agent is a good fit. It’s a bit one-note, but I imagine his appearances will be occasional going forward.

The Legends, not so easily dismissed, steal the Waverider, grab Firestorm and head to Aruba. Once there, they try a subtler approach, through clever use of a dating app and Sara’s ass-kicking skill set. They knock Caesar out and get him on-board. Not everyone is happy to be back though. Martin Stein’s daughter is pregnant and he wants to settle down and spend time with his soon-to-be grandchild. But Jax is still young and wants to help save people as Firestorm. There’s no easy solution here. It’s a great way to create tension without false drama. Of course, Martin just decides to stay in the end, but I’d expect this thread to come up again.

You would think that’d be it. But rather than handing Caesar over to the Time Bureau, it’s decided that they can return him themselves. He winds up stealing a history book on the rise of Rome. As you can imagine, this changes the timeline just a bit! The Time Bureau shows up to correct the mess, but Caesar is ready for them and captures one of their agents. It’s up to the Legends to fix it. The fight scene to get the book back is nothing special, except for the tag-team of Sara and Agent Sharpe, Rip’s second-in-command. Once they win, Rip lets the Legends keep the Waverider. He tells Sharpe that they may be useful in the fight against Mallus. Looks like we have our big bad for the season!

This season, we’re introducing weekly Power Rankings to the Arrowverse recaps. Each recap will include an individual ranking, with an overall ranking posted every weekend that shows air. Let’s take a look at who had the best week in LEGENDS OF TOMORROW‘s season premiere:

That’s all for this week! Be sure to check out Steve’s recap of SUPERGIRL and my review of THE FLASH; and then Steve will be back later this week with ARROW and the inaugural ARROWVERSE POWER RANKINGS!

Legends of Tomorrow – “The Satanist’s Apprentice”

Superman and Lois – “Holding the Wrench”