Ignore the Haters, BAYWATCH Is A Fun Movie 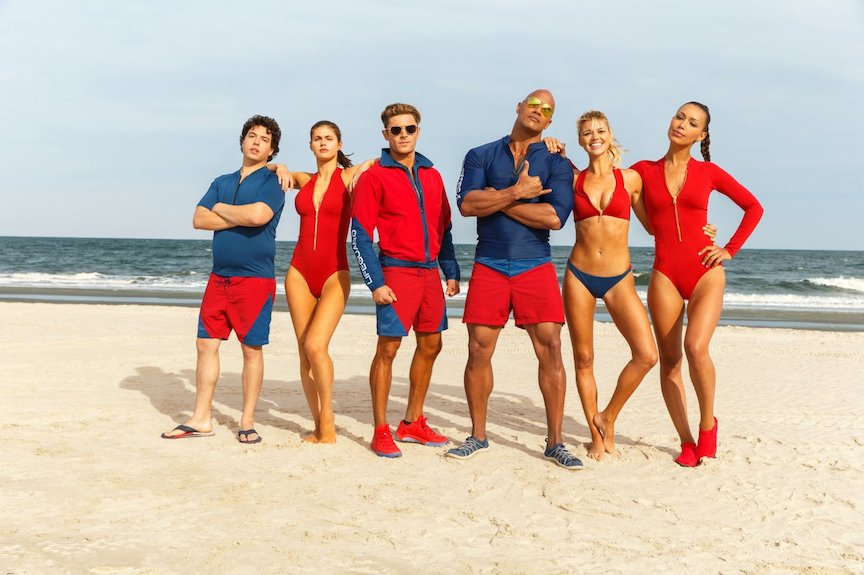 The reboot movie of the 1990s cult classic TV show BAYWATCH received critical derision and produced an anemic box office – maybe Dwayne “The Rock” Johnson’s biggest failure since losing in the main event of WrestleMania 2000 – but having just watched the film, I still enjoyed it for what it was.

I don’t know what people were expecting with this movie. The source material was a cheesy show about lifeguards who fought bad guys and saved lives, but the main attraction (despite what David Hasselhoff might say) was the women in tight red bathing suits running in slow motion. No one remembers specific plot points or story arcs from Baywatch. But the image of Pamela Anderson running down the beach in slow motion is likely burned into the brains of any red-blooded American male who watched the show.

The movie – which was released on Blu-Ray and DVD on August 29 – is reverent to the source material, but also doesn’t take itself seriously. It’s able to make jokes about what made the show popular, like whenever the character of CJ Parker (Kelly Rohrbach), Pam Anderson’s role in the original, gets a slow-motion entrance and someone on-screen makes a joke about it. 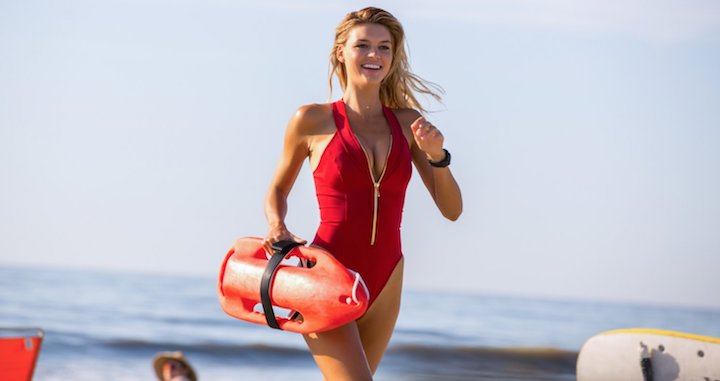 Even the main plot of the movie makes light of the plot of the TV show, which saw the show morph from lifeguards saving people on the beach to stopping bad guys and disrupting criminal activities. Lifeguard Mitch Buchannon (Johnson) leads his team and discovers a drug smuggling plot and they leap into action to try and break it up. But as they are often reminded, they’re just lifeguards.

Mitch also has to deal with a new lifeguard, an Olympic swimmer named Matt Brody (Zac Efron) who lost out on his endorsements when he puked in the pool during a relay. Brody just wants to coast as a lifeguard and urges Mitch to call the police when something illegal comes up, earning scorn from his boss in the form of nicknames like “One Direction” and “High School Musical.”

The interactions between Johnson and Efron are a lot of fun, and the former Rock’s charisma shines through as he dresses the teen heart-throb down. Efron, for his part, sells the verbal smack downs well, and while his character arc in the movie is wholly predictable, it doesn’t play as any more trite than the rest of the movie.

Finally, we have lifeguard hopeful Ronnie (Jon Bass), an out-of-shape tech geek who wants on the team to be closer to CJ; and Summer (Alexandra Daddario), the object of Brody’s affections. Ronnie is there solely for comic relief, including falling face first onto a beach chair and getting his erection stuck. Yeah, the humor is crude, but no one was expecting this movie to be high-brow. 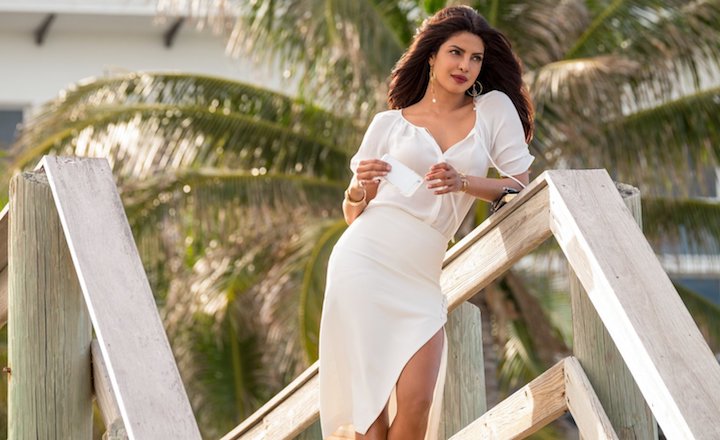 Playing the villain is Priyanka Chopra, the star of TV’s Quantico, as a club owner who’s killing people in order to expand her real estate empire.

The movie does pay considerable homage to the source material, with Hasselhoff making a cameo as Mitch’s mentor (also named Mitch) and a guest spot from Anderson at the end of the film, walking into the scene in slow motion – and yes, it’s noted by the other characters on camera.

Unless you’re opposed to (maybe too) frequent dick jokes, there’s nothing really offensive about the movie. In fact, I laughed pretty often throughout the movie. Maybe I just had lowered expectations about the film going into it from the highly negative reviews it received, the “this movie wasn’t made for critics” defense from Johnson on Twitter and the word about the poor box office. But I, personally, enjoyed the film and thought it was exactly the kind of movie it should have been.

Now, I’m not saying we need Baywatch 2 any time soon, but if someone pitched a movie version of BAYWATCH NIGHTS, I’d probably watch that.