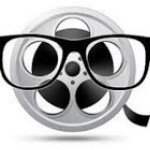 This is a thing that’s happening. For those readers who are unfamiliar with me, I do have my own site, you know. RETRO MOVIE NERD reviews mainly action/horror/sci-fi films from the 1970s, 80s and 90s.

So let’s get our debut contribution to the hot new kid on the block, The Casual Geekery, off on the right foot!

After watching and reviewing a David Lynch film last week, along comes Universal Soldier. Where a Lynch film requires the viewer to think, dammit, a movie that requires Jean-Claude Van Damme and Dolph Lundgren to beat the hell out of each other is a welcome time-waster. Of course, a film like Universal Soldier is severely flawed with plot holes and contrivances, questionable acting, silly dialogue and underdeveloped ideas but BOY HOWDY IS IT A LOT OF FUN!! That is something that a David Lynch film forgets to be.

The film opens in the past – 1969 to be precise. The war in ‘Nam is raging and a young Cajun man is in the middle of a serious crisis. Luc Deveraux (Van Damme) is hastily trying to avoid enemy gunfire and explosions. It’s a good thing that the screenwriters gave Jean-Claude a Cajun name, lest we ponder his thick Belgian accent and why he is playing for the Americans in this war. He comes across a village where both his squad members and villagers are equally slaughtered. At the center of it all, Sgt. Andrew Scott (Lundgren) has gone completely off his rocker to the point where he is wearing a necklace made of human ears. After witnessing Scott slaughter innocent villagers, Deveraux and Scott end up killing each other with gunfire.

Soon after, a second squad arrives and are ordered to pack both men in ice and the two are classified MIA. Fast forward to 1992, where Deveraux and Scott are reanimated with blank memories and are part of an experimental unit known as “UniSols”, or Universal Soldiers if you don’t happen to be paying attention. There is the obligatory scene where they are shown in action, systematically taking down a group of terrorists at the Hoover Dam. But SURPRISE! – the UniSol Formerly Known as Luc Deveraux appears to be having flashbacks to that moment in ‘Nam where he witnessed Scott slaughtering innocents. Your tax dollars at work, people! Used for highly secret government experiments where the brainwashing doesn’t even work the way it’s supposed to.

Meanwhile, let’s introduce the female lead, reporter Veronica Roberts (Ally Walker). She is fired for being insubordinate and possibly for being a smoker as well. It’s 1992, where its still cool to be a smoker… I don’t see the problem here. Anyway, to get back into her boss’s good graces, she decides to snoop around and stumbles upon the UniSol program. This leads to her camera guy getting killed by Scott, against orders. This triggers more flashbacks in Deveraux, who decides to take action and save Veronica from the same fate.

We get a cross-country chase in an attempt to keep the entire thing under wraps, while Scott also regains his memories of being a lunatic. Eventually, Scott goes on a one-man rampage in his hunt for Deveraux, so he can finish what he started back in Vietnam. The story makes a small effort to bring in the original brains behind the UniSol program (with Jerry Orbach providing a cameo appearance before quickly disappearing without explanation), but that stuff is boring because KA-BOOM! BLAM! Stuff blows up and that’s why we’re here.

The plot may have holes that are wider than the gap between Sgt. Scott’s synapses, but this movie is never, ever dull. There are moments of humor here as well, like the scene where Deveraux learns how to enjoy a good meal while holed up at a greasy spoon diner that is somehow crowded for being in the middle of a desert; you also can’t help but smile when Sgt. Scott holds up his brand-new ear necklace and says “I’m all ears”.

The director behind Universal Soldier is none other than Roland Emmerich, the man behind such other films as Stargate and Independence Day. Those films were much larger in scope and budget than Universal Soldier, but Emmerich still thinks as big as those other two films. Emmerich provides spectacle, such as in a big chase scene between a prison bus and the UniSol mobile tanker. There are some quiet moments in the film, like when Deveraux is reunited with his family, who have long thought him to be dead. However, scenes like that one are few and far between, as the special effects take over.

Of course, where Emmerich works, Dean Devlin cannot be far behind and indeed, Devlin has a screenwriting credit here, along with Christopher Leitch and Richard Rothstein. The screenplay is devoid of many deep-thinking moments, with dialogue that is silly and corny with occasional splices of humor. We get a few scenes where Veronica is trying to decipher some notes retrieved from the UniSol program, I guess in an attempt to seem like she’s trying to figure things out. Of course, the plot never really intends to solve anything. It’s just one big chase scene followed by a fight scene. Not that there’s anything wrong with that.

Jean-Claude Van Damme is not really an actor, per se, in the traditional sense of the word. He just needs to speak a few lines of dialogue and then throw some punches and kicks. Calling him a horrible actor is akin to calling Bruce Willis a horrible singer.

It’s too easy to pick on him for that. His American character has a Cajun name, which is probably something decided after Van Damme was cast, which makes sense. He has always had charisma and is a solid lead performer in a movie of this type. However, Dolph Lundgren, who is Swedish born but yet not provided a name like Sven or Bjorn, steals the show here. Sgt. Andrew Scott is a complete psycho and that’s because Lundgren is not afraid to go over the top with the role. I will go on record as saying that Andrew Scott is on the short list of my own personal all-time favorite villains because of Lundgren. Meanwhile, Ally Walker was also a surprise in giving a solid performance as Veronica Roberts. She applies humor and intelligence to the role and never seems to be annoying. Watch Tanya Roberts in A View to a Kill or Kate Capshaw in Indiana Jones and the Temple of Doom to see how a female lead character can get very grating. Walker is quite likable and adds some spark to the story.

Universal Soldier is far from a perfect film, of course. It’s silly, it’s dumb and will crumble under tighter scrutiny. However, the important part here is that it’s fun and never dull. Something is always happening on the surface, whether it’s an explosion, or gunfire, or a karate kick, or a one-liner, or a severed ear being threaded onto a necklace. If you’re looking for any subtext here that needs to be deciphered, you’re watching the movie wrong.

Ranking the MCU – The Incredible Hulk