Why I Didn’t Want GLOW Season 2 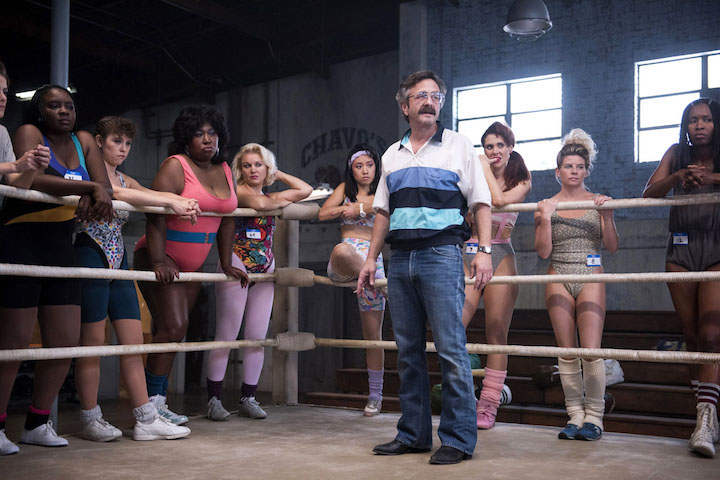 Late last week, Netflix announced that they were granting a second season to GLOW, the comedy series about the 1980s women’s wrestling league. I may have been the only person disappointed by the news.

GLOW debuted on Netflix on June 23, with a 10-episode season that detailed a fictionalized version of how the popular product of the 80s came to be. The main focus of the show was on Alison Brie’s Ruth Wilder, her search for a successful acting role and her relationship with her best friend, Debbie Eagan (played by Betty Gilpin). The show also featured Marc Maron as a shlocky movie maker who gets dragged into trying to make GLOW work and Chris Lowell (Piz from VERONICA MARS) as the money mark, along with a large cast of really talented women.

I hated the first couple of episodes of the show. None of the characters were likable in any way, especially the supposed star, Alison Brie – who was always great in COMMUNITY and MAD MEN. It was a similar problem to what later seasons of other shows executive produced by Jenji Kohan, like ORANGE IS THE NEW BLACK and WEEDS, experienced. Only it was happening right off the bat. I feared the worst.

Admittedly, I turned around on the show after the third episode or so. The writing improved, the characters got more likable and the plot seemed to move forward and created a story that I got invested in. Instead of questioning whether I wanted to continue, I was looking forward to seeing what happened next. By the final episode, I was into everything that was happening. And when they pulled off their goals and accomplished everything they built towards over the course of the season, I definitely cheered a little.

So, why wouldn’t I want a second season if I enjoyed the first one?

It all comes down to an old wrestling adage that Maron’s Sam Sylvia tells Ruth and Debbie as the first season finale wind’s down.

“The money is in the chase.”

It’s as true a statement in professional wrestling as it is for shows ABOUT professional wrestling. Once your heroes achieve their goals, win the championship or get their TV show going (if you’ve made it this far without watching the season, you’ve no real right to complain about spoilers), there isn’t much else to accomplish. You can only guarantee a happy ending if you know where to stop telling the story.

GLOW had its happy ending, and I was hoping that would be that. I could have lived with the way the show left things. And I’m not sure I have any faith in the show runners to create an engaging enough story to keep me interested in season 2.

Ruth and Debbie becoming friends again, maybe? This is really the biggest story point left over from the ending to season one, and I definitely do not care. Yes, it’s sad that a strong friendship was ruined, but Ruth slept with Debbie’s husband. You don’t come back from that. I have no sympathy for Ruth there.

I’m sure there are other threads that can pulled on for season 2, and surely new threads can be created, but there’s a danger of either rehashing the overall issues the characters faced in season 1 or forcing an escalation to create more drama in ensuing seasons, something shows like Weeds and OITNB definitely suffered from.

There’s no announced date for the show’s second season, and maybe my opinion will change by the time the show comes back. Maybe I’ll watch, maybe I won’t. But for right now, I think a second season is a bad idea.

Everything Old Is Still Old