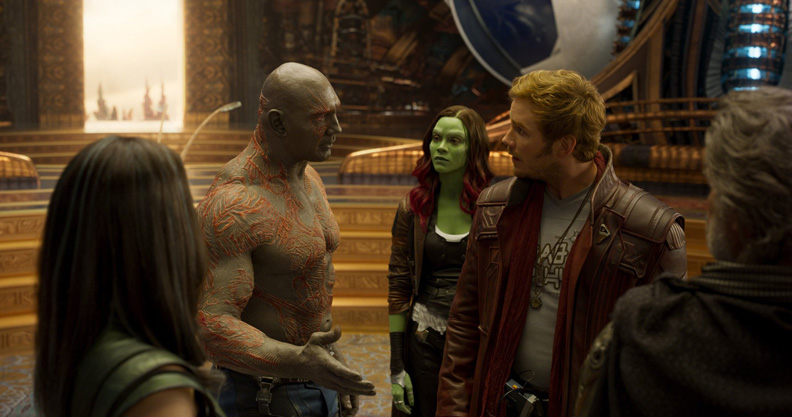 Guardians of the Galaxy Vol. 2 – Out digitally two weeks before it hits Blu-Ray, you can watch the Guardians fight to keep their new team together as they try to figure out who Peter Quill’s father is.

King Arthur: Legend of the Sword – Guy Ritchie’s telling of the legend of Excalibur, starring Charlie Hunnam and Jude Law.

America 51: A Probe into the Realities That Are Hiding Inside “The Greatest Country in the World” by Corey Taylor – The lead singer of Slipknot examines the way America sees itself, specifically with regard to the propaganda surrounding America’s origins.

Missileman: The Secret Life of Cold War Engineer Wallace Clauson by John Clauson – John Clauson grew up believing he was the son of an IBM salesman. Only decades later, while in his mid-30s, did John finally learn the truth from his father as he was dying of cancer. For over forty years, being an IBM salesman was just a cover. Wallace’s real job was with IBM s covert Federal Systems Group where, as a mathematical and mechanical savant, he took his orders from the Department of Defense.

Stanton: Lincoln’s War Secretary by Walter Stahr – The story of Abraham Lincoln’s indispensable Secretary of War, Edwin Stanton, the man the president entrusted with raising the army that preserved the Union.

The Arena: Inside the Tailgating, Ticket-Scalping, Mascot-Racing, Dubiously Funded, and Possibly Haunted Monuments of American Sport by Rafi Kohan – Sportswriter Rafi Kohan crisscrosses the country, journeying from one beloved monument to the next. As he finagles access to the unexpected corners and hidden corridors of our most frequented fields, he discovers just what makes them tick―and what keeps us coming back time and time again.