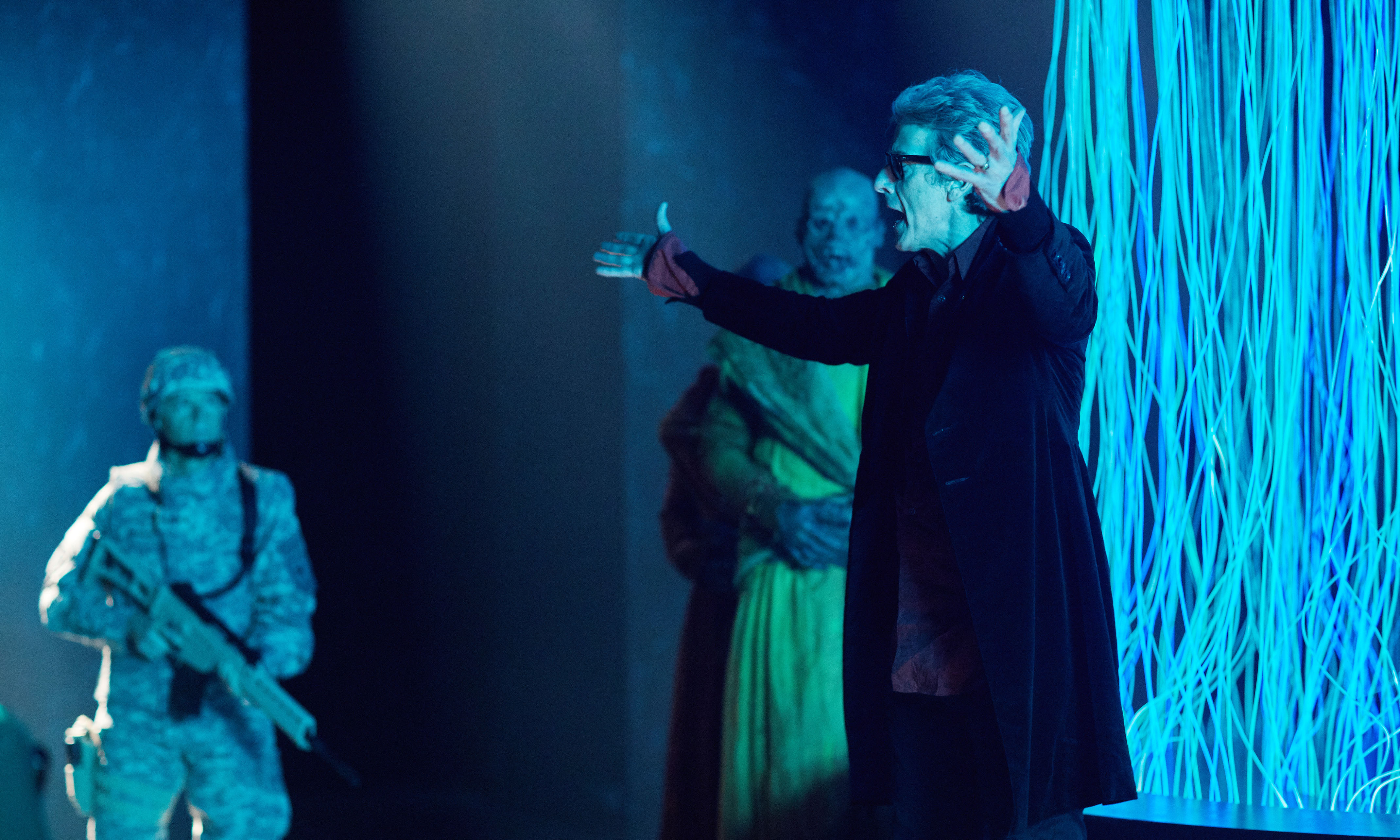 On this week’s episode of Doctor Who, the alien monks put their plan into motion. But is their goal to conquer humanity, or to save it for a price?

As seen in “Extremis,” these alien monks have taken their time to learn humanity’s weaknesses. Their goal is not to invade the Earth though, but to be invited in as the planet’s new rulers. Of course, The Doctor, Bill and Nardole aren’t going to let such a plan advance easily. But they all have an Achilles’ heel as well.

Let’s roll back a bit. A 5,000-year-old pyramid appears in the middle of Turmezistan, whose territory is in dispute between the U.S., Russia and China. The alien monks set every clock in the world to the doomsday clock, as it starts to count down. Count down to what exactly? An extinction level event that they show the UN Secretary-General, the military leaders of the three nations and our TARDIS crew. The monks offer to save the world, but only if the human race consents to their rule. The Secretary-General immediately tries to surrender to save humanity, but since he does so out of fear, not love, he’s killed instead.

You’d guess that World War III will break out between the two nations at the site. But even when the generals agree to stand down and give peace a chance, the countdown remains intact. The actual cause of the apocalypse is lab accident creating a bacteria that will wipe out all life. Unfortunately, this bacteria only comes into existence in the dumbest, least secure lab in history. Why is some super-hungover technician allowed to mix these biochemicals? Why does he grab some infected soil without a hazmat suit on? Why is the security setting for hazardous materials to pump them into the atmosphere? This is the biggest flaw in the episode and takes me out of it for a bit.

The closing minutes make up for it though. The Doctor finds the lab and can destroy the bacteria with a giant fire. But due to his blindness, he can’t see the numbers on the lock to let him out of the room. The Doctor’s hubris and fear of admitting weakness to Bill has trapped him with a death sentence. Nardole can’t help as his lungs are attacked by the bacteria. So Bill does the only thing she can to save The Doctor’s life. She asks the monks to restore his sight. In exchange, she consents to the monks’ rule on behalf of humanity.

In the past, the show has explored how the loyalty companions have towards The Doctor could be turned against them. But this is on another level. It remains in character for Bill to do so. And she has a good point that the world needs him alive, if not for this invasion, then for the next. But for now, the monks rule the world. In a rare twist, our heroes have lost. It’s one of the biggest cliffhangers Doctor Who has put on in years. Let’s hope this arc finishes just as strong next week.

– Bill actually goes out with Penny this episode, rather than last week’s Pope-interrupted simulation. It goes…pretty much the same, but with the UN Secretary-General ruining the evening instead.

– This episode has fun mocking The Doctor’s tendency to monologue to himself in the TARDIS while playing guitar. Bill calls him out on the well-worn trope.

– Trying to figure out how the world will end, The Doctor asks what people depend on. Nardole’s reply? “Air, water, food, beer.” Those are priorities I can get behind!

– It’s a shame that UNIT didn’t make an appearance in this episode. This would be a great opportunity for a guest appearance from Kate Stewart and Osgood.

– No one praises The Doctor better than himself when he figures out a problem. As he says, “Handsome Doctor! Adorable, hugely intelligent, but still approachable Doctor!”