Subway Shorts – A Spirit Too Short 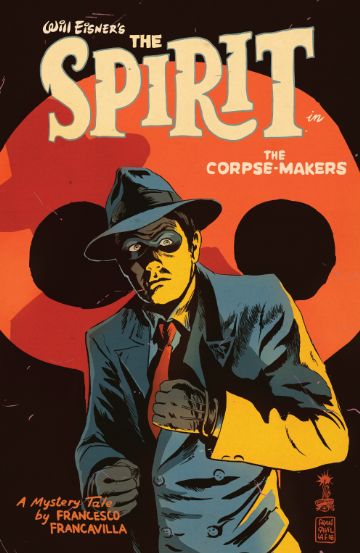 One of Will Eisner’s greatest creations returns in a new miniseries from Dynamite Entertainment, but the premiere issue of The Spirit: The Corpse-Makers leaves a lot to be desired.

Will Eisner’s The Spirit: The Corpse-Makers 1
Written and Drawn by Francesco Francovilla

I got hooked on The Spirit a few years ago, when DC Comics had the license for the character and Darwin Cooke was writing and drawing some amazing stories starring Denny Colt and his supporting cast in Central City. And then, we had the 2015 series written by Matt Wagner that brought the character back into comic shops. Both of those books were amazing and had me looking forward to the next issue each month.

Anyone who read those previous series would expect a similarly high-quality book from Dynamite’s new offering, but the first issue really left me wanting, as it was a very basic set-up issue that felt like it was cut off too soon. The comic flew by way too fast and I really do want a lot more bang for my $3.99 on comics like these.

What we know so far is The Spirit gets turned away from a case, his buddy White meets up with his cousin – who Spirit knew nothing about! – and the cousin gets wrapped in some trouble. While it’s not outside the realm of possibility to make a full story out of this information, the first issue gives us the bare bones with little else to add to the issue.

I don’t know if it was a time-saver for a writer-artist or if it’s just a victim of modern decompressed story, but if you’re charging that much for 22-23 pages of digital story, you damn well better make those pages worth it.

While I question the writing here, Francovilla’s art is pretty spectacular, setting the noir-ish mood you would expect from a Spirit story. Despite my disappointment with the first issue, I’m going to keep picking this up in part for the art, even though I’m sure it will be more coherent and less frustrating as a collected edition in 8-10 months.