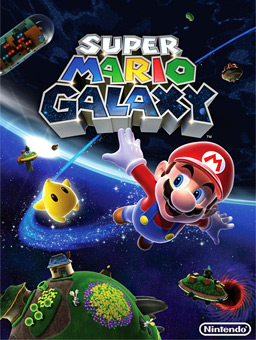 Over the last 30 years, Nintendo’s most famous mascot, Italian plumber Mario, has rescued princesses while also serving as a referee, a doctor, a go-kart driver, a tennis player, a baseball player and a soccer player. Today, he goes on the run with his first app for the iPhone and iPad.

While we wait for Super Mario Run to be released in the App Store (stay tuned for a review), let’s take a look at some notable Mario moments over the years.

Mario had two attempts at a baseball career, first with Mario Superstar Baseball for the Nintendo GameCube in 2005 and Super Mario Sluggers for the Wii in 2008. As a huge fan of baseball games, I was pretty excited for the GameCube version when it was announced, and was hoping for a unique experience with the Wii version a few years later. I don’t think they lived up to the expectations I had for them, but they were still fun ways to spend some time.

Traveling the Mushroom Kingdom and challenging others to baseball games, the player would be able to expand its roster by beating other teams and getting through a series of skills tests. Each player had its own special ability to use while at bat, pitching or in the field. For me, my favorite utility player was always the green Koopa Troopa, who served as a great slap hitter for me and could play a mean shortstop. Always keep a green Koopa Troopa on your team. Trust me.

I’m sure I would buy a new version if one was ever released, but the Wii game, Super Mario Sluggers, is available for purchase as a Virtual Console game on the Wii U.

As the video game world went crazy with Tetris fever, only one man could be called on to cure it: Dr. Mario. Released in 1990 for the Nintendo Entertainment System and the Game Boy, Dr. Mario was a puzzle game where the goal was to eliminate viruses with little two-color pills. Match up four or more capsules and viruses of the same color to eliminate them.

I owned the game for the Game Boy (since I never had an NES), and the game just paled in comparison to Tetris, which Nintendo smartly packaged with the Game Boy when it was released. Dr. Mario was a pretty average game, nothing really special, and even as a young kid, it felt like it was just Nintendo’s way of trying to cash in on the Tetris craze.

Despite obviously being an early 1990s cash grab, Dr. Mario made appearances in games on the Nintendo 64, the Wii and the Nintendo DS.

Nintendo has always tried for innovation with its video games, from R.O.B. the robot that was originally packaged with the NES right on through to the upcoming Nintendo Switch. The company rarely sits on the expected norms of video gaming for very long. In 1992, the company released Mario Paint for the Super Nintendo. The game came with a mouse and pad and gave budding artists an outlet for some creativity on their video game console. My sister, a fairly talented artist in her own right, had a copy of the game. While I was basically useless with it, there were a lot of people who call this an inspiration.

Mario Paint was one of the first real creative suites released for video games, and it received a lot of critical acclaim for its unique concept. It’s one of Mario’s weirder side jobs, but maybe also one of the best.

Mario At His Best

Let’s stick with the Super Nintendo for now and discuss what is easily my favorite Mario game ever, Super Mario RPG: Legend of the Seven Stars. A collaboration between Nintendo and Final Fantasy maker Square Enix, Super Mario RPG saw Mario and his friends go off to rescue Star Road’s seven stars from the game’s villain, Smithy. Not the most intimidating name, but neither is Bowser, really. No, not the guy from Sha Na Na.

I spent a lot of time with this game when it was released in 1996. I never actually bought the game, though. I would just keep renting it from the local video store on its 5-day rental plan. My friends would come over and we would take turns at the controller. The first time I paid for the game was when it was released on the Wii Virtual Console.

Unfortunately, despite this being widely regarded as one of the best Mario games ever released, Nintendo and Square Enix never teamed up for a proper sequel. The game had a spiritual successor in the Paper Mario series and some of the Mario and Luigi games on handheld systems, but we’re still waiting for the two companies to come to their senses and realize they like making money.

The last time I was really excited for a main Mario game was the Nintendo Wii’s Super Mario Galaxy, released in 2007. With the motion sensors in the Wii’s controllers giving video game producers more options on how to create movement in a game, Super Mario Galaxy took advantage with a series of little tweaks to the platform genre. Creating a new control scheme breathed a bit of life into the character, and the new outer space setting, with Mario going from planetoid to planetoid to capture stars and find the Princess, was a welcome change from the usual grounded fare.

While Nintendo was sequel happy with Mario in the NES era, they became increasingly rare as each new console generation was released, so it was a surprise when Nintendo announced Super Mario Galaxy 2, also for the Wii, would be released in 2010. I didn’t think the sequel had the same oomph as the original, and I wasn’t really surprised when Nintendo moved away from the concept with the Wii U generation.

Time will tell what innovations Nintendo will offer when the Nintendo Switch is finally revealed, but first we get Nintendo’s first Mario game for the iOS with Super Mario Run, which will be released later today.