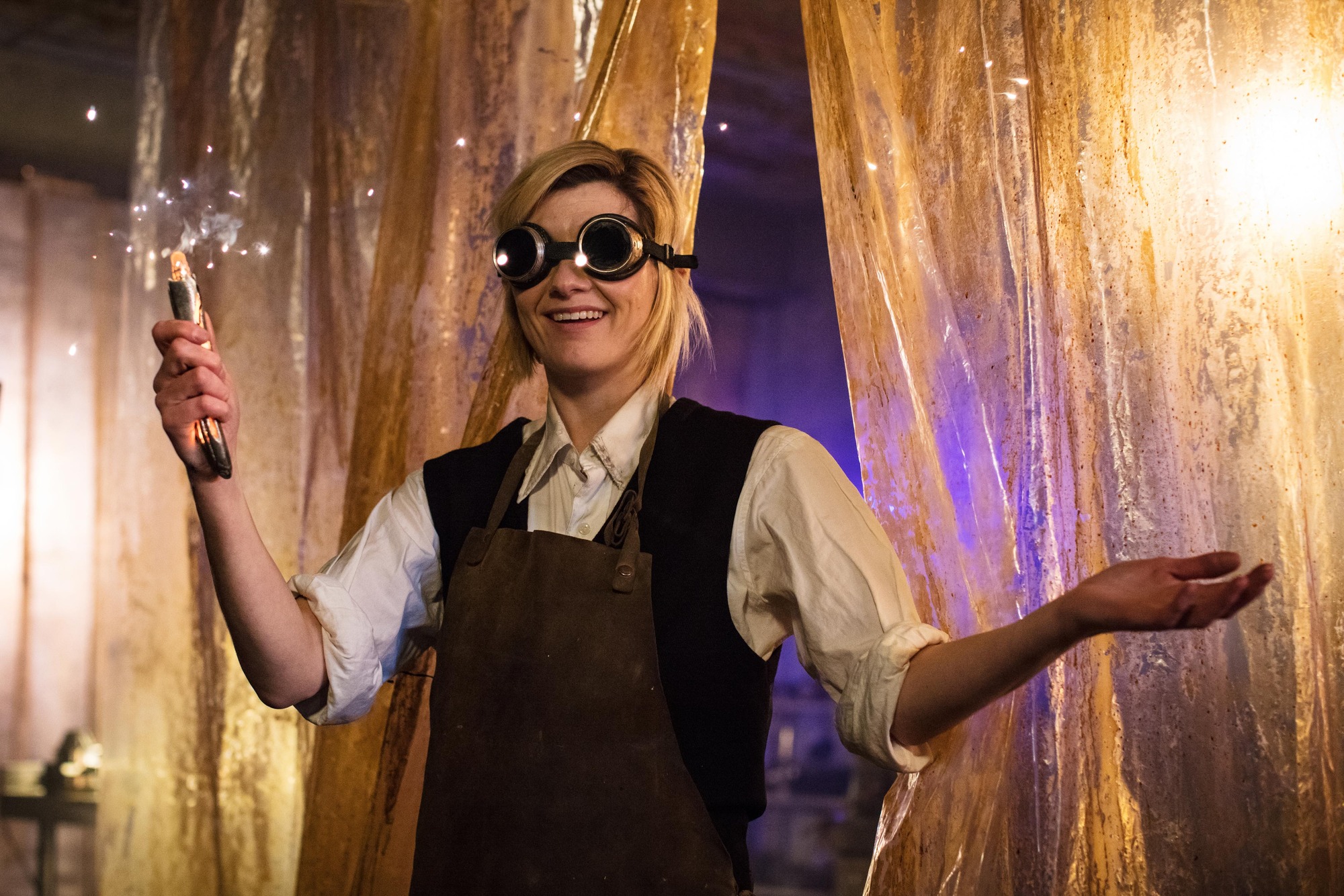 A new era of Doctor Who begins!

“The Woman Who Fell To Earth” is one of the most anticipated episodes in the 55-year history of Doctor Who. Not only is Jodie Whittaker taking over the titular role as the first female Doctor, but the show is undergoing a soft relaunch with a new showrunner. Chris Chibnall takes the reins from Steven Moffat, ushering in a clean slate. The show also has a new musical composer, as Segun Akinola replaces the long-serving Murray Gold.

With these changes afoot, how does this latest iteration of Doctor Who hold up? So far, so very good!

The season premiere does an excellent job at introducing us to Whittaker’s 13th Doctor, as well as her new companions: Yaz, Ryan and Graham. The show puts more emphasis on the three companions than past seasons, letting us live a little with them before the mystery ramps up. Ryan, studying to be an engineer, suffers from dyspraxia and is struggling to learn to ride a bike. Despite help from his loving grandmother Grace and her second husband, Graham, his frustration leads him to throw the bike off a cliff. While searching for his bike, a strange light symbol appears before him, which he touches, causing it to be replaced by a blue pod. He calls the police for help, only to discover that the officer assisting him is Yaz, an old school friend looking for greater adventures.

Having all three companions know each other in some capacity helps keep the episode moving, without getting bogged down in exposition. Unlike the tendencies of previous eras, Yaz, Ryan and Graham are all down-to-earth, regular folks with everyday issues. It makes them more relatable, a big plus for these new faces.

Heading home to Sheffield, Grace and Graham’s train is attacked by a floating orb of electrified tentacles. And that’s when The Doctor drops in, literally. Her fall from her regeneration sends her careening through the roof of the train. Although disoriented and amnesic, she quickly takes charge of the situation. She gets the orb to leave but only after it hits everyone with an energy wave, including the arriving Yaz and Ryan.

Whittaker’s Doctor is immediately likable and fascinating to watch. She brings a great mix of kinetic energy, humor, quick wit, steeliness and pathos to the role. Peter Capaldi did a great job mining into The Doctor’s doubts over his place in the world. But it’s a rejuvenating change of pace to have The Doctor embrace the joy and thrill of discovery and heroism. As she says, “When people need help, I never refuse.”

Alongside the floating orb, the blue pod cracks open to reveal an alien warrior named Tzim-Sha, hunting a human to win the right to lead his people. The alien design is well-done, looking freaky with its face covered in teeth he took from his victims. Using the orb, he plants DNA bombs into The Doctor and her four new friends to prevent their interference. The Doctor struggles to stop the threat without her TARDIS or her sonic screwdriver. But she has a solution for the latter: she just builds a new, cool one! Nice to see this Doctor MacGyvering solutions!

While the first confrontation between The Doctor and Tzim-Sha ends with him getting the data he needs from the orb, their second struggle is an episode highlight. Tzim-Sha climbs after his victim, a crane operator, leading to a cool chase with The Doctor jumping from a nearby crane to save him. It’s in that moment that Whittaker gets her first big “I’m The Doctor” speech and she nails it.

With her memory recovered, she holds Tzim-Sha’s teleporter hostage, threatening to destroy it unless he lets his victim go. When the alien tries to call her bluff and set off the DNA bombs, she reveals that she transferred the bombs into the orb, which he then absorbed with the data. With no moves left, Tzim-Sha is sent off-planet.

The Doctor and her companions are victorious, but it comes with a cost. Grace and Graham work together to destroy the orb, but she’s fatally wounded in the process. It’s a sad moment as she was a great, warm character. Her death hits Graham and Ryan hard, with the latter filming a video blog in her honor and trying to ride his bike again.

The Doctor sticks around for the funeral, but she must find her TARDIS. After a quick wardrobe change into her awesome, spiffy new outfit, she prepares to leave via a teleport she built to find her ship. She says her farewell to Yaz, Ryan and Graham, only to accidentally bring them with her. Where do they wind up? Uhh, floating in space, no TARDIS in site.

The adventure continues! Welcome back Doctor Who. If this is a preview of things to come, the show is in good hands.