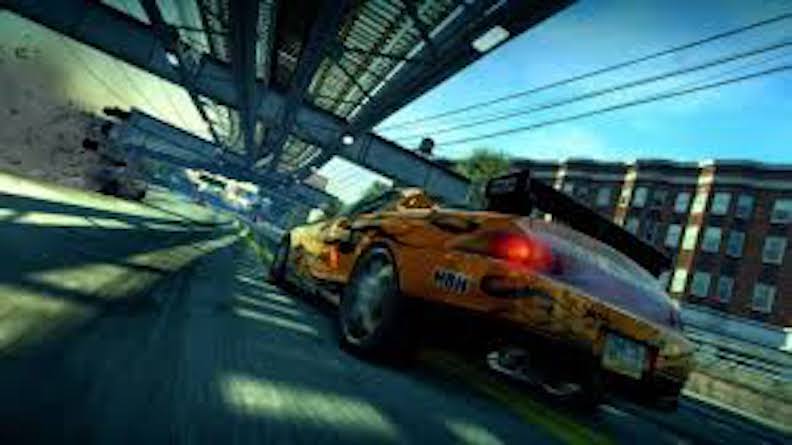 EA is doing what it can, and letting Mother Nature do the rest. Ain’t no doubt about it, we’re all doubly-blessed. Because the wickedly fun Burnout series is back in mid-March!

I’ve been begging EA for a new game in the Burnout series for years now. I was a relative late-comer to the game, getting my hands on Burnout 3 for the PlayStation 2 and unexpectedly falling in love with it. Although, that was really the series’ breakout hit, so maybe I just came on board when everyone else did…

Seriously, can someone make a new Burnout game? That was a damn fun series. https://t.co/bxeuutkJq3

Earlier this week, EA has finally answered my prayers (kind of) and announced they’ll be releasing the most recent console BURNOUT game, 2008’s Burnout: Paradise, in a remastered edition for the PS4 and the X-Box One. Nintendo Switch owners are out of luck on this one, though I image the game would be fun with those joysticks.

The series has been put up on cinder blocks for a few years now, as Electronic Arts also publishes the NEED FOR SPEED series, and having two games within the same genre could split the market for the games. It’s just a shame they went with NEED FOR SPEED, because BURNOUT is a much more fun game. Yeah, you can race around in BURNOUT, but everyone plays the game for the spectacular car crashes.

Those crashes are finally back, and this time they’re in 4K! If you have a 4K TV, of course. I don’t, so… DOESN’T MATTER! Burnout: Paradise will include all the downloadable content in the game when it gets released on March 16. Get ready to crash into Paradise!