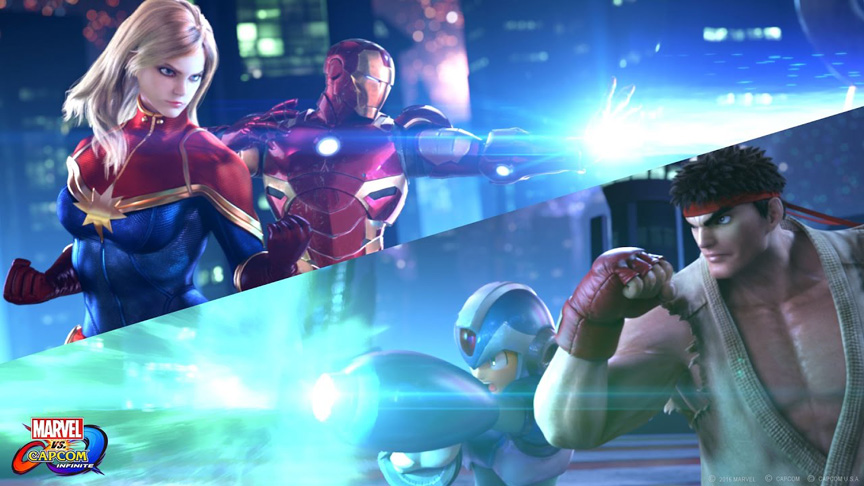 Marvel Vs. Capcom: Infinite (PS4, Xbox One, PC) – The sixth entry in the fighting game series, with 30 playable characters.

NBA 2K18 (PS4, Xbox One, Switch, PC) – With basketball season right around the corner, the latest edition adds a new feature, called Neighborhoods, which ties into the MyCareer, MyPark and ProAm game modes.

Starship Troopers: Traitor of Mars – Federation trooper Johnny Rico is ordered to work with a group of new recruits on a satellite station on Mars, where giant bugs have decided to target their next attack. An animated movie with the voices of Casper Van Dien and Dian Meyer

The Man from the Train: The Solving of a Century-Old Serial Killer Mystery by Bill James and Rachel McCarthy James – The statistician and baseball writer applies his analytical acumen to crack an unsolved century-old mystery surrounding one of the deadliest serial killers in American history.

The Odyssey of Echo Company: The 1968 Tet Offensive and the Epic Battle to Survive the Vietnam War by Doug Stanton – Just in time for the new Ken Burns documentary comes this account of an American army reconnaissance platoon’s fight for survival during the Vietnam War.

The Templars: The Rise and Spectacular Fall of God’s Holy Warriors by Dan Jones – A look at the warriors prepared to give their lives to protect Christian pilgrims to the Holy Land.

Punisher by Garth Ennis Omnibus (Marvel Comics) – The writer’s iconic run with Frank Castle is collected in this edition.

Star Wars: Darth Maul (Marvel Comics) – Delve into the history of the mysterious Sith apprentice from The Phantom Menace.