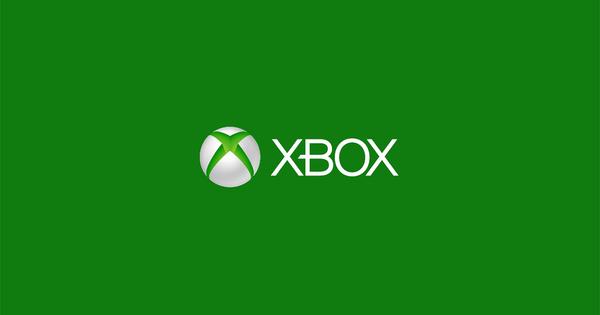 With the video game industry buzzing about all that’s transpired in Los Angeles this week, the Casual Geekery is taking a look back at some of the big headlines to emanate out of the Electronic Entertainment Expo. While all the major presentations have now been made, video game enthusiasts and industry insiders alike will pore over the details of this week for months to come. Developers and console companies alike poured millions into preparing for E3, with decidedly mixed results for some, and tremendous victories for others.

All three of the major consoles arrived on the scene in Los Angeles with some big news for their customers. For Xbox, the big focus was on hardware, as the brand-new Xbox One X console was formally announced, upgrading the capabilities of their current generation’s console. With a firm hold on second place in the current generation’s console war, Microsoft is looking to up the ante and bring a more serious challenge to the PlayStation. Whether or not they were able to accomplish that feat was another matter, entirely. Let’s jump in and see what Xbox has in store for us!

To be honest, Xbox could have run a six-hour presentation and boasted 225 different games, and Xbox’s performance would still come down to the big reveal of Project Scorpio, the codename chosen to represent a “brand new version” of the console finally revealed as the Xbox One X. The system, promoted by Microsoft as being “40% more powerful than any other console on the market” has some intriguing stats to back it up: 12GB GDDR5 for graphic memory, a 6 Teraflop graphics processing unit (the next comparable console, the PS4 Pro boasts a 4.2 Teraflop GPU) and an “8-core Custom AMD CPU”. In layman’s terms, the Xbox One X is one capable console, and is in fact more powerful than any other home console ever developed.

The problem with the Xbox One X — and there is a significant problem — is the same basic problem Microsoft has struggled with from the beginning of the current generation: is the title library strong enough to warrant buying an Xbox One X? This was the major challenge for Team Xbox during the presentation, and with PlayStation outselling Xbox by a near 2:1 ratio, they had to get this presentation right. And so, the natural follow-up becomes “did Xbox produce enough content at E3 to overcome the fatal flaw of the Xbox One and Xbox One S with the new system?

Unfortunately, no. And they never really came that close, either.

There was certainly no lack of effort on the part of Microsoft: their presentation highlighted a massive 41-game lineup, in addition to the new renderings for Minecraft in development, 4K updates for several other games, and the uber-popular announcement of an expansion of the system’s backward compatibility. This onslaught of new titles dwarfed the new titles introduced by PlayStation (17) and Nintendo (12). The trouble arrived in the platform-exclusive titles: a vast majority of the “exclusive content” for the system came in the form of ID titles. Compared to PlayStation’s big games (i.e. God of War, Monster Hunter: World, Spider-Man, Uncharted: The Lost Legacy) and Nintendo’s (i.e. Breath of the Wild DLC, Kirby, Mario + Rabbid Kingdom Odyssey, Super Mario Odyssey), Xbox could only counter with Crackdown 3, Forza 7 Motorsport, Ori and the Will of the Wisps and Sea of Thieves.

Most everything else, beyond the litany of ID titles (which we will get to in a minute) is available across multiple platforms. Even the games exclusive to Microsoft are available on PC as well, which provides yet another blow to the necessity of the Xbox One X. The system’s power makes it stand out compared to its competitors, yet the increased power of the system does not inherently mean a major increase in game quality. In fact, despite touting the “4K quality” of its gaming power, only a handful of the games seemed to actually benefit from the new power of the Xbox One X. This is a major flaw, considering the PlayStation counterpart — the PS4 Pro — is more than $100 cheaper, and features better exclusive titles than Xbox can provide.

It would be unfair to say that Microsoft focused on quantity over quality, because out of the entire game lineup, only one or two featured anything close to resembling clunky gameplay: notably State of Decay 2. Title after title presented was visually stunning, with the biggest properties looking absolutely fabulous when the Xbox One X’s full power was utilized. Overall however, Xbox’s presentation seemed full of sound and fury, amounting to very little in the end. The hallmark of a good video game system is the “must-have” metric: a truly great system is a console that dedicated gamers cannot live without. Unless you buy anything Microsoft sales, or have yet to even purchase an Xbox One or Xbox One S, nothing about the Xbox One X screams “must-have”. And with a $500 price tag, that is simply unacceptable.

The sheer volume of titles highlighted made it difficult to pick one that represented the peak of the presentation. For Xbox, their first and final offerings definitely stood head-and-shoulders above the rest. Forza 7 Motorsport was the first feature game to showcase the Xbox One X’s new power, and the result was one of the most stylistically beautiful and fluid racing games ever demonstrated on the E3 stage. Despite not being a new title, the sheer aesthetic beauty of the game made Forza 7 one of the highlights for the showcase.

Another brilliant-looking game comes in the form of EA’s Anthem, a sci-fi open world game from the developers that made the Mass Effect series, in addition to Baldur’s Gate and Star Wars: Knights of the Old Republic. Though borrowing from other sci-fi game platforms in terms of gameplay elements, the real power for Anthem comes in the incredible focus on detail, and the sheer scope of the game. Despite following more than an hour of beautiful games, Anthem managed to truly stand out as one of the most visually stunning titles on display. Of course, as is the theme of Xbox’s run, the title is not Xbox-exclusive, which means PC and PlayStation users will also get a crack at the game on their own consoles.

It would have been really easy to place the Xbox One X console in this spot, and for a time it seemed as though the new console would in fact wind up being the biggest problem with Xbox’s showcase. One of the biggest problems with the Xbox One / S / X library in general is the lack of premiere, console-exclusive titles. Xbox sought to remedy this problem by bringing in a host of independent developers to unleash a torrent of games for the system, to provide the illusion of exclusivity. Unfortunately, the sheer volume of titles and the striking similarity of many renders that advantage null. So many titles were previewed, most simply ran together in a giant blur. At best, the majority of Xbox One X’s game library is visually appealing, but not unique-enough to warrant spending $500 on a new system if you do not already own one. At worst, these games are OK substitutes in a market filled with better options offering more value. This flurry of ID titles are great for people who already own a console, but they won’t help generate new buyers in large enough numbers.

Another major disappointment was the reveal of Crackdown 3, one of the big exclusive titles for the Xbox. Despite being touted as one of the big games for Xbox during E3, there was little shown of merit that really distinguished the game’s value. As with most other offerings during the presentation, the game looked good, but there was nothing really unique about it. For a random game released in the middle of the year, that’s fine. For a game that you are using to try and drive home the Xbox One X’s unbeatable value, it is a massive disappointment. The series, while popular, is not so popular as to generate interest based on name value alone. Crackdown 3 will need to show gamers a lot more before Xbox can bank on its ability to lure in new customers.

What to Watch For — The Last Night

There are plenty of games that could hold some value for you if you do plan on snagging the Xbox One X, or else already own one of the two previous consoles, including PlayerUnknown’s Battlegrounds and Cuphead. One of the most intriguing ID titles from the presentation however was Raw Fury’s The Last Night. Designed to resemble a cyberpunk-esque neo-noir thriller, The Last Night was different enough to stand out during the parade of ID titles promoted by Xbox. It may wind up being one of the surprise hits for the console when all is said and done.

Of the three main presentations by the consoles, Xbox’s showcase at E3 2017 was by far the longest. It was also the most frustrating. There is real potential in the Xbox One X, yet as it stands right now, that potential will largely be wasted, just as it was on the Xbox One and Xbox One S. If you own one of the two systems available for this current generation, you will have quite a few new games coming your way to choose from. But when the biggest ovation of your entire ovation comes from learning about backwards compatibility, and the ability to play original Xbox games, you know there are serious problems afoot.

If you do not already own an Xbox One or Xbox One S, there is little beyond the sheer quantity of games available that warrants paying $500 for an Xbox One X, when you can pick up a PS4 Pro for $100 cheaper, featuring a better catalog of games at the expense of a marginally less-powerful system. Even the Nintendo Switch, itself about to get a major influx of top-flight exclusives would be a better value for your gaming dollar at $300. In the end, Xbox put forth a lot of effort to try and close the gap with PlayStation; unfortunately, that gap remains wider than ever. The end result is a bloated E3 showcase that leaves more questions than answers.

– Life is Strange: Before the Storm

– Ori and the Will of the Wisps

– Raiders of the Broken Planet