My Night As An Alternate 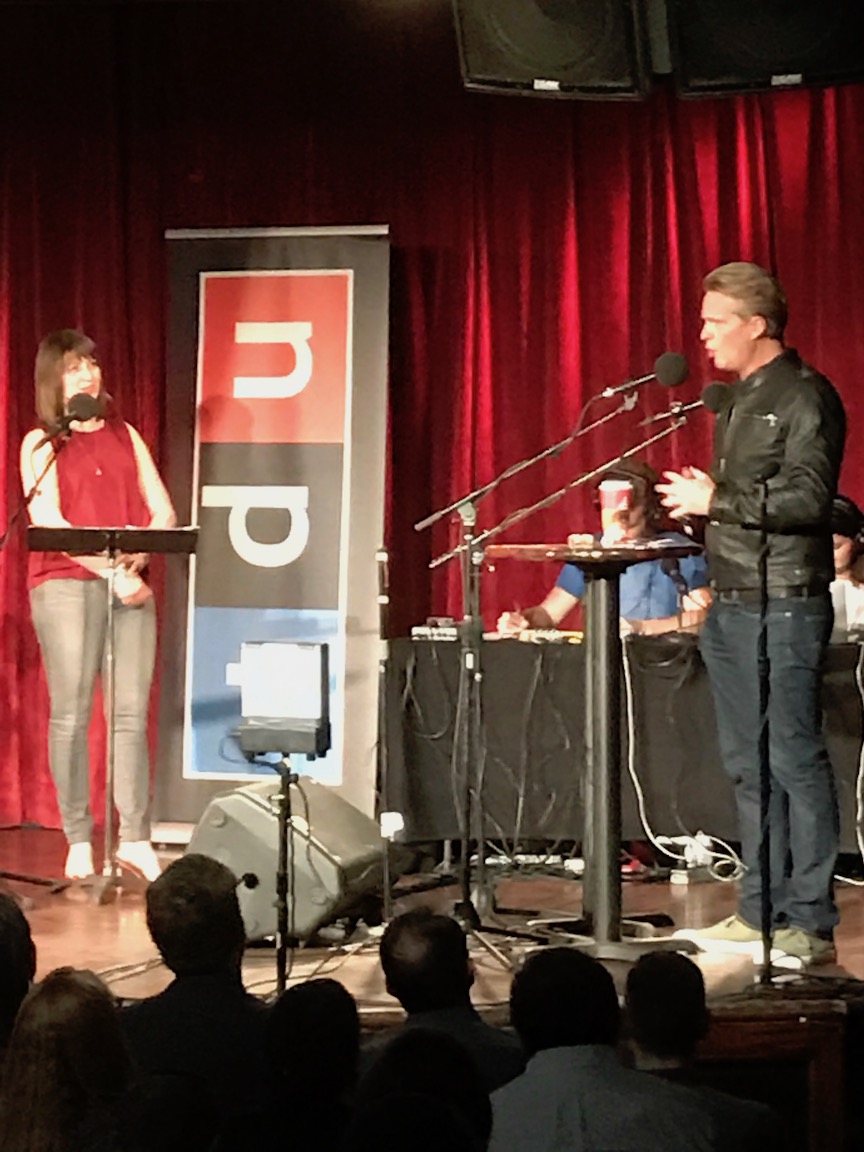 For the last seven years or so, I’ve been a big fan of the NPR “quiz” show, “Wait, Wait… Don’t Tell Me,” the weekly show where a panel of comedians discuss the news in a humorous way. I even had a chance to see a show live when I lived in Chicago. Earlier this year, while listening to “Wait, Wait…”, there was a commercial for another NPR quiz show, “Ask Me Another,” a trivia competition with regular people as competitors. I was hooked, and I was determined to become a contestant. I almost did it…

After months of swearing I would, I finally went online and filled out an application back in September. And then, last month, I got a call. I had done well on the application quiz and merited a phone interview to see if I would be a good match for the show. I set a time with one of the show’s producers and, I thought, the call went well. I would get an answer in a few days, she said. I was excited.

The email came. I was chosen as an alternate. If one of the contestants couldn’t make the show, I would be on. I was disappointed. I almost said no, but then I saw who the special guests were for the night I was asked to come in: the cast of the new Crackle show “Art of More”: Dennis Quaid, Christian Cooke… and Cary Elwes.

CARY ELWES! Westley in The Princess Bride! The Robin Hood with a British accent! Pierre Despereaux on Psych! I responded to the producer calmly, cooly, completely chill:

For Cary Elwes, I will gladly be an alternate, a gopher or even a foot stool!

Sorry, that may have been too enthusiastic. Um, I would be happy to serve as an alternate, thanks for selecting me!

OK, so maybe I got a little over-excited about meeting one of my favorite actors. I have no regrets.

So, I was going to be an alternate for a taping of “Ask Me Another.” The show films at a bar in Brooklyn called The Bell House. The bar has a stage in the back which is set up for regular shows. It’s down the street from a place called the Morbid Anatomy Museum, because it’s Brooklyn. After being a little creeped out by the museum I walked by, and the guy who walked by me carrying props for the museum, I got to the bar, ordered a rum and Diet Coke and waited to be brought to the back for a pre-show briefing.

The show – which I download as a podcast every week – features two sets of trivia contests between pairs battling out to be in the final showdown to win an Ask Me Another Rubix Cube, usually autographed by that episode’s guests. The questions are usually general knowledge, but keyed in to the interests of the contestants. The show used to have more of a variety of contestants – usually 8 people instead of 4 – but cut down a few months ago. The show’s host, Ophira Eisenberg, and house musician, Jonathan Coulton, keep the show light and the contestants usually add their own brand of humor.
As I waited for the show to begin, the producer who interviewed me on the phone came over to all the contestants and brought them over for a pre-show brief: how best to use the microphone, how to use the buzzer, don’t get too drunk… you know, the usual tips. And she turned to me and said that one of the contestants was held up by a protest in Midtown Manhattan. There was a very real possibility that my talents would be called on.

It was still about half an hour before the show, I went to the show’s special VIP section – an oversized booth at the back of the theater – and nursed my drink as I waited. Twenty minutes, still not there. Fifteen, ten… I was mentally preparing myself to go on. I love doing trivia. People stopped playing me at Trivial Pursuit in college. I’ve won my share of bar trivia nights. This was on a bigger scale, though. A lot of people would be listening to me.  I was getting excited.

And then I noticed that the fourth contestant had shown up, and was getting her briefing from the producer. I think I dealt with it well… I went and got another drink.
So, my wife and I sat in the back of the theater and watched the show, laughing along and answering questions under our breath. Of course, there was also the interview with Cary Elwes, and he was as funny and engaging as he usually is. Completely worth taking the trip down to Brooklyn (I usually hate going down to Brooklyn from Queens).
All hope is not lost in my quest to be a contestant, though. Coming down as an alternate last week meant that I’m guaranteed a spot for an upcoming show! I’ll get my chance to win a Rubix Cube and banter with Ophira in January!
Until then, make sure you check out last week’s show – it was really good! – available at this link.